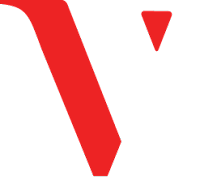 I am in the final stages of shutting down Vie Bikes, which I co-founded and ran from 2014 to 2018. It was an incredible experience, good and bad (mostly good), and am still wrapping my head around the full experience. But since I'm occasionally contacted by people who are interested in starting something similar, or are just interested in the cargo bike space, I thought I'd write down some of my thoughts.

To start, one of the key things to know about Vie was that I had a very big vision for what I wanted it to be. In short, I wanted to restructure the entire business around the customer experience of families buying and using cargo bikes for transportation, and take that model to scale across multiple markets to fit the rising demand. I saw an absolute dearth of retail expertise and care of families--women in particular--interested in family biking in most places in the region and country (with some notable exceptions). I passionately believed that there needed to be a safe, welcoming service of fellow moms and dads available to families to explore the idea and get the help they needed to make the best possible choice for their particular needs. The growing demand was obvious--I used to get stopped all the time to beg for information about my family's biking set up. ALL. THE. TIME. All that said, I absolutely never wanted to run a bike shop; I knew going into things that would be a bad fit for me.

Here are some business models and elements we tested. We explored some conceptually in the pre-launch through modeling and others in the early phases of the business:


There are probably others I'm forgetting. I've bolded the elements that ended up being both good for customers and reasonably profitable. Others may find a way to make some of the non-bolded elements work in a less-expensive market, or with a different set of expertise and priorities than what my co-founders and I brought to the undertaking. But I can say that the things that did work still only barely worked financially. They were just barely sustainable in a notoriously expensive market, but without a much bigger explosion in demand in the market, not anywhere in the galaxy of profitable enough to fuel the kind of large-scale company I had initially envisioned. (We had little control over pricing for the core product, and the industry prices in a race to the bottom.) Again, this may be different in other markets where there are few to no existing cargo bike options but a significant rising customer demand. And ultimately, the experience turned into a concierge, highly specialized bike shop, and I knew that I had hit a wall.

I want to be clear that the number one thing I loved about Vie Bikes was simply getting a huge number of families on bikes. Even on the jobs where I was bleeding from lugging bikes up and down into a tight van space and/or on the road at 5 am for the third day in a row, I loved the process of test riding. It was fascinating to see how different families reacted to existing bike options, and I loved the moment when everything would click and people (including kids!) would start smiling big because they were having so much fun. (The harder part was the frequent tears that would come when kids discovered they had to get off the bike so I could take it away.) I met some truly wonderful people, and learned a ton about the Bay Area. And I love that I can still wave to many customers in the bike lanes--and that they have become experts for their friends.

I also loved the entire start-up process. I'm an entrepreneurial and creative person, so I relished diving into almost all of the details that go into putting things together. From recruiting people to building the website to figuring out what software to use and how to make the processes as seamless as possible. I loved the a-ha! moment of realizing that we needed to guide our customers through a specific sequence of maneuvers on the bikes to build their confidence and skill, otherwise we'd never sell any front-carriers. I even grew to love doing parts of the accounting and sorting out insurance and storage.

Despite all the good things about the business, I also freely admit that I made all kinds of mistakes, from small to large. Things I look back on and think, "what were you thinking?!" Most I can probably chalk up to inexperience with running a business (the vast majority of my career has been in the nonprofit sector), and the rest to hubris and haste.

However, it's not that useful for you to hear me bleed my sins in public, so I'll focus here on things people need to consider if they attempt a similar business.

I've skipped over some underlying issues, like the basic cost of producing these bikes at the current volume and the still tepid support of biking from most cities (see Her Bike Lane for a good summary of problems and opportunities there). Is the price point a problem? San Francisco and the South Bay, where we also sold a lot of bikes, is a luxury market compared to most, so you can still sell a lot of $5-9K product. But we're a bubble, and that price point doesn't fly in the vast majority of the country, no matter how often you point out that it's far cheaper than another car. Hence the rise of some brands that only sell direct at a much lower price point. Like I said, the supply chain is ... troubled. And anyone who wants to take this industry to scale needs to solve that basic problem. I personally have vowed never to sell anything I don't directly produce ever again.

All that said, if you're still reading this, you are likely crazy like me about cargo bikes and maybe noodling on the idea of going forward with a business. I salute you, and wish you all the best! Some day the demand will rise fast enough (it's very healthy now, but not big enough to compel the rapid and painful change in the key problems holding things back for everyone) that an entrepreneurial person will be able to storm the country with cargo bikes. In the meantime, there's plenty of room for smaller-scale businesses more akin to traditional bike shops. You probably won't make any much money, but you'll be doing something you love and that makes the world a better place. Have a blast, and call me when you need a pep talk.