Recent Books I've Clutched in My Hands With Joy: March 2019

This probably goes without saying, but when I'm not deep in drafting a new story, I'm reading. On the couch, on the bus, waiting for my kids at dance class, in bed, back on the couch, instead of doing the dishes and/or talking to my husband, etc. I burn through the books.

That said, I rarely talk to anyone about the books I read, even the ones I really like. I'm a very private person--minus this blog, I suppose. But I realized recently that there's something disingenuous about writing fiction and refusing to discuss and promote books I love by other writers. So I'm going to try to get in the habit of blogging about books I've read recently that made my head spin. Just in case you share my taste in words. 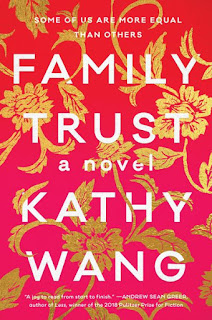 This book is the sweet spot for me of brisk, darkly funny stories about modern families--and it should be for you, too! The Silicon Valley VC culture, plot lines involving Bay Area real estate and online dating, all put through the lens of well-to-do immigrant Taiwanese-American families, was like offering me a slice of cake topped with ice cream, hot fudge, and keys to a 3 bdr SFH in Palo Alto with a pool. Seriously, this is the book you didn't know you were waiting to gawk at. 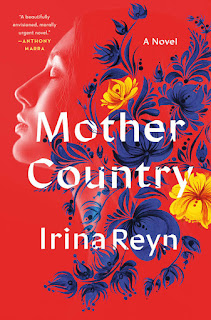 Mother Country is the kind of fiction book that has so many shades and acids that you want to sit next to it for a while and just let yourself grow closer to the page rather than look at it head-on. That's not to say that it's a difficult read; this is a beautifully written, energetic book that kept me turning the pages, totally intrigued. But Reyn is so skilled and unapologetic about bringing readers into the more uncomfortable aspects of Ukrainian and Russian culture, that it's like a conversation with a stranger you want to have while sitting side-by-side on the subway car bench so you don't miss all the sights, smells and sounds, and the way her hands gesture and twist in her lap. 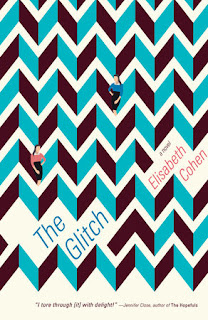 The Glitch by Elisabeth Cohen

In keeping with The Family Trust, Cohen's book is another Silicon Valley gone off the rails story--except this one really goes far, far off the rails, track, mountain, and Earth. Seriously. I loved that I had no idea what was going to happen in this book, especially at the end; it was just so wonderfully odd. I now have a strong desire to have lunch with Elisabeth Cohen so we can discuss sci-fi and weird things we've seen during jobs. 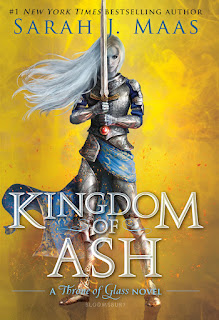 If you aren't already a fan, know that this is the final book in the lengthy Throne of Glass series, which starts modestly and explodes over the series into a truly epic tale of the rise of a powerful queen. Maas also writes the Court of Thorns and Roses series, which I'd call more of a masterful slow-burning love story. Throne of Glass, conversely, is primarily about coming into power. And, oh, the world-building! The world of the witches alone will make any sane person howl (sorry, cackle) with delight. That said, I'd be lying if I said I loved the first book of this series. I kept going because I liked it well enough and I'm not always that picky about what I read, but I'm so glad I did. The series built and built as Maas' writing skills grew over the years (she began the first book in high school). And I am now an unabashed fan and am hardly alone. (Trust me, there's a reason people are now making shirts that say, "You do not yield!" YOU DO NOT YIELD!) 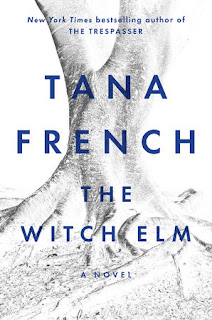 The Witch Elm by Tana French

Other people have written much more involved reviews explaining why this book is so good, so I won't go into much detail here. All I'll add is that I am in love with the subtle brilliance of the very first and last pages in particular, and how what happens in between makes these short paragraphs so sparkling and powerful. As the reviews will tell you, The Witch Elm is an epic, mic-dropping burn of all the sh*tty white men you've had to suffer in your life. The kind of takedown where the guys probably don't even realize what just happened. But you will. And you will hold it close to you as you walk out your front door the next morning with a dark glimmer of deep satisfaction, smiling at no man. 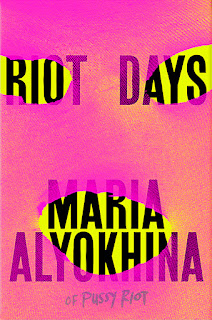 This book is non-fiction, but you will be forgiven if Alyokhina's treatment by the Russian authorities is so absurd and outrageous, that you will occasionally stop to wonder if you are actually reading fiction. Alyokhina, who is a founding member of Pussy Riot, uses brief vignettes and humor to talk about the formation of the feminist activist band, their famous 40-second performance-action in a Russian Orthodox church in Moscow, and her subsequent lengthy imprisonment in a Russian prison camp. In the fine tradition of Soviet dissident writers, she manages to simultaneously capture the wriggling smallness and oppressive vastness of the insanity of the justice system and state political culture. I don't think I'll ever forget her account of her court trial. 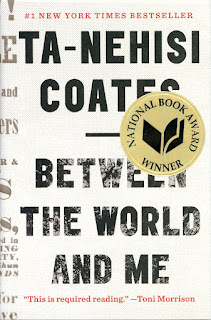 Between the World and Me by Ta-Nehisi Coates

This book has been reviewed extensively since it came out in 2015, and I expected it to be good. But I was still blown away by Coates' prose in a way I rarely feel when I read non-fiction (or even, often, fiction); I wanted to re-read it immediately. As you may already know, Coates lifts up the heavy, palliative white words about race relations in the US and makes it impossible not to see the dripping blood of black Americans that soaks and nourishes this delusional national myth of eternal progress. And he does it in a way that will and should gut me for the rest of my life--amazingly, this is an absolute page-turner. I can't recommend this book highly enough. 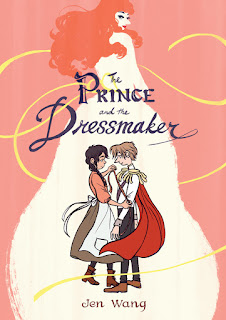 The Prince and the Dressmaker by Jess Wang

I picked this book up for my kids at my local bookstore on a whim. By way of background, my daughter spends her evenings cutting up her clothes, and pretty much anything we allow her to take into her room, to make fashion for her dolls, stuffies, herself, and occasionally, the cat. In fact, she spent five minutes yesterday telling me in excruciating detail about some rainbow shoes she had just seen and found "AMAZING, mom!!!" She also loves graphic novels and stories about people fighting the world to be themselves. So, yes, we are now on the umpteenth time reading The Prince and the Dressmaker together (my husband is also in on this). Because wow, this book has it all! What a gem! It's a genderqueer romance, though the lovey-dovey stuff is very minimal and appropriate for elementary-age kids. And the fashion and world-building are just fabulous. Great for conversations about identity and pronouns. And visually engrossing. I am so grateful to have books like this to share with my kids (my son read it, too). More! More! More! please.