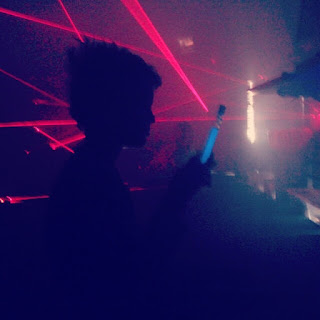 I’ve been reading Odd Girl Out: The Hidden Culture Of Aggression in Girls by Rachel Simmons, which is all about the consequences of repressing anger in girls, particularly white middle class girls. My (white) daughter is in first grade, and she’s already experienced enough friendship drama in her brief life that I figured that I should get ready to level up my parenting. Because let me tell you, I’m already feeling kind of out-classed.

Coincidentally, yesterday a man on the street scolded me by screaming the specific words, “do you act like that in front of your kids?!” (He had completely blocked the sidewalk in front of my kids’ school with his vehicles, forcing families to walk around a blind corner in the busy street to get to school, and refused to move.) And something clicked. He wasn’t just barking back at me because he disagreed with my criticism, or was feeling cranky. He was telling me that moms don’t get to express their anger.

Maybe people say these specific words to dads, too. I’d be interested to hear. But I sort of doubt they hear it as much as moms. Because yes, we are not infrequently called out for daring to be not-mom-like enough by men in particular, often shortly after being called "bitch" or "crazy." It’s the flip side of being seen as a sentient piece of furniture when I’m out with my kids, oh such a comforting sofa--I see adults actually startle sometimes when I speak out loud to them.

Now, just to be clear, I’m not walking around seething and hollering at the world most of my waking hours. Just like Ferdinand, on the whole I like to sit just quietly and smell the flowers. I have things to think about, important conversations to have with my kids about tracksuits, optimal puffy slime recipes, the Zika virus and why it’s not OK to say that your group of fellow white boy friends has started a gang at school. Maybe I’m internally smiling about a new LOLOLOLOL picture of one of my friends’ weird alien cats, or you know, figuring out what to do with my life and how best to engage with the already exhausting election cycle. Also, what vegetables I have on hand and can hide in banana bread. So, usual stuff.

But shit happens, and then I have to decide whether or not to speak up.

For example, the time a strange man tried to grab one of my kids at a bus stop. Or another gentleman physically blocked my path of travel because he wanted me to answer his questions about my bike. Etc etc etc. And truly, I try to play it cool, (“play it cool, Kit, play it cool!”) more often than not. But sometimes I snap and speak up, and then I am presented with other people’s feelings about my anger. Including my young daughter.

By way of background, one of my daughter’s favorite movies is Maleficent. She’s watched it scores of times at this point, partly because it’s an excellent film with beautiful scenery, fairies, battling trees and rich characters. Plus: Angelina Jolie’s eyebrows ... or should I say, eyebrow? But also, because it’s one of the few films that shows an adult woman being angry—and humanizes her. We learn why Maleficent is angry, and that her feelings about exploding and expressing her anger through cursing an innocent baby are in fact complicated. Maleficent tries to make things right, while not excusing the people who continue to wrong her, and it’s all very just and beautiful and magical and hard and soft, even on the 10th time through.

My daughter comes back to this movie over and over, both to watch and discuss. And you know why? Because there really aren’t many other movies, kid’s books or TV shows that show women or girls being angry in a complicated, human way. It’s not a total coincidence that there’s nothing more terrifying to both my daughter and son than a rageful mom in a movie—that foreign, forbidden species. (Please never, ever mention the words Coraline or “buttons” in her presence.)

Even in excellent kids’ books like Spaghetti in a Hot Dog Bun, in which a girl navigates a mean boy and learns how to stick to being true to herself, somehow the main character deals with the relentless cutting insults without feeling a lick of anger. This is no knock on that book, which I highly recommend to anyone and everyone, but I think it is telling that processing what would be a completely reasonable feeling of anger plays no part in the girl’s emotional journey. Because, you know, it would have been OK if she had negative feelings about being compared to a dog.

Let me say that again: it’s OK. I need to keep reminding myself.

I’ve written before about how my mother is incapable of yelling. I have rarely seen her get angry in private, and certainly almost never seen her yell at another adult in public. To her credit, this is likely largely because my father/her former husband was the opposite; his explosive anger was a defining, scarring part of my otherwise happy childhood. As a result, I have struggled to understand how to manage my own feelings of anger when they arise. To not walk away and bottle it up like my mom, or lash out and throw things like my dad.*

And this is clearly a real problem (really, I highly recommend Odd Girl Out). If we don’t know what overt anger looks like in girls and women, how do we know how to experience it in a healthy way? All of us. Because yes, anger is a natural, healthy emotion that happens in absolutely everyone. We all need to learn how to identify and manage that feeling in ourselves, and in our relationships with other people. But for most women, express even a little anger in public, and you get written off as crazy or bitch or whatever. Hello, Housewives! For black women, the trope of the “angry black woman” is even more insidious, just another way to dismiss the experiences and humanity of a person out of hand—and let’s not mince words, white women participate heavily in this, in part because of our deep discomfort with our own anger.

I can’t speak for everyone, but I know it’s taken me a very very long time to feel anything but awful and exposed and regretful whenever I’ve shared my anger with someone. And above all, just absolutely crazy. Like I’m living on Planet Z, no matter how confident I was going in to the moment. Yet, I know plenty of men who are just so clearly comfortable in their right to express anger, who excrete it like breast milk. I don’t want to be them. I don’t like being around them. But I also want to be more comfortable with myself, and, above all, want to model a healthy way of living for my kids.

So I actually ended up drafting a children’s picture book a few years ago called The Anger Fairy, to help me talk to my daughter about anger. I never got past a first draft of the text and description (I really don’t draw), but it centered around two anger fairies, one named Justice and one named Tantrum, who help a preschool girl deal with a problem she’s having at school. I would not say it was my best writing, but believe it or not, my daughter still periodically asks about that story, even though it’s been years since I introduced it to her.

Because yes, although she is a deeply shy and tender person, she, too, feels anger sometimes. At her brother, at her friends, at things she sees in the world. And aside from seeing her mom get yelled at on the street, or watching Maleficent curse a baby and then regret it, she doesn’t have a whole lot of good role models for how to experience and resolve her feeling. (There are plenty of bad ones, mostly involving revenge on the alpha mean girl. Such a lucrative industry!)

Which brings me to my core reason for writing this post.

There’s a lot of ink these days spent promoting books for kids about heroic girls, innovative girls and other positive girl characters. And for excellent reason. Zero beefs there! BUT we need just as many books and videos for kids, including very young kids, that show complex girls and women expressing their anger, directly and unapologetically.

And the world not ending.

These don’t need to be a horror books or movies—both Maleficent and The Anger Fairy are about fairies, people! But they do need to exist in much greater quantities. Furthermore, we need to give our girls the words for their anger just as early as we teach them to poop and share. And finally, we need to show them what it looks like when their moms get angry for good reason, and how we deal with it in healthy ways. Name it. Process it. Show your children that this is part of you, too.


*To his credit, he’s made enormous strides in managing his anger in the last few decades.