Recent Books I've Clutched In My Hands With Joy: April 2019

It's been kind of a dark month, which is strange since I went into it meaning to read some light, happier stuff--fluff and sunshine and cat videos. But, you know, it's also been a really good month. So turn off the lights with me and let's read. 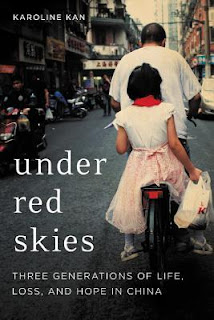 Under Red Skies: Three Generations of Life, Loss, and Hope in China by Karoline Kan

My kids go to a Chinese immersion school in San Francisco, and I often feel like somewhere between a fool and a jerk thanks to my glaring lack of familiarity with Chinese culture. So I was especially eager to read this memoire when I spied it on the shelf. While no one book can, of course, possibly speak to every experience in the exploding enormity that is China, Kan's book is a rare, insider's view of the structure of the light and dark of modern Chinese life. She shares you-can’t-make-this-stuff-up family stories about the very personal impact of the One Child policy, her struggle to gather any information on the 1989 Tiananmen Square protests, her grandfather's conversion to Falun Gong—and much more. I can't imagine that it was easy to write this book given the restrictions on journalism in China--though it's clearly rooted in sincere love for her country--but I'm so appreciative. More, please! 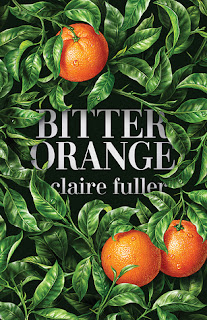 This book falls in the fine tradition of atmospheric British novels dripping with rotting follies, brandy and sweating vicars. But with bitter oranges, too--which is such a deliciously toxic image. The story follows a woman hired to examine an old, decrepit estate, who falls in with a troubled couple living below her squat in the creaking attic. Fuller is a master of pacing, and the plot slowly unfolds—a languid late dinner party followed by a late brunch followed by a boozy tea and a moment with a knife, etc—while the tension twists and darkens with every bottle of alcohol the characters steal and drink from the estate. I imagine the author as a child re-reading Turn of the Screw in the bright morning light of a window seat and then going out to the garden to watch a cat slowly dismember a black bird. 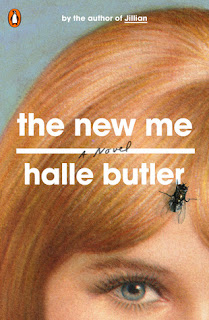 The New Me by Halle Butler

If you like dark, know that this book has no shine, no glimmer and only the barest sliver of happy ending. It’s awesome. In fact, The New Me dares to go where most modern stories about relatively privileged people “becoming” don’t: into finding accepting breathable personal space within the suffocating smallness of real life. We get bad smells, pit stains, overdrawn bank accounts, job anxiety, chemical anxiety, meaningless friendships and too many hours in front of the TV, all in a brief plot about a millennial white woman that goes almost nowhere. But--yes, god--I loved it. Sometimes unapologetic stink can be refreshing among all the IG flower girls. 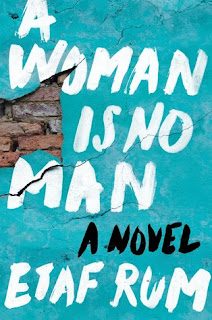 A Woman Is No Man by Etaf Rum

I’m just going to say it: this book ripped me apart. It's brutal, beautiful and impossible to put down. Like, I finished it, but I'm still feeling it, read all the interviews with the author I could get my hands on, told my husband about it in detail, etc etc. In Under Red Skies, the author refers to a Chinese term for a good woman as literally translating to a woman who “stays inside her home.” And for better or worse, Rum's book brings that idea to its fullest realization, by telling the stories of generations of women trapped inside violent, complicated houses--in Palestine but also in modern Brooklyn. Just down the block from places you might shop or walk (indeed, I used to visit this part of Brooklyn when I lived in the borough). The implications are devastating and, unfortunately, rooted in the author's personal experience. Rum's ties to the story, though, also means that there are no one-dimensional characters in this story; everyone is carrying grief on their shoulders, no matter their gender. And the sum of the parts is a nuanced, upsetting polyphony of unseen women. 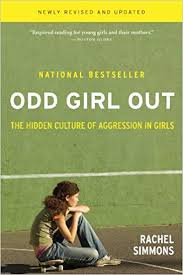 Odd Girl Out: The Hidden Culture of Aggression in Girls by Rachel Simmons

I wrote a bit about this in a previous blog post on anger in women and girls, but I want to go a bit further here to say that this (non-fiction) book should be required reading for anyone who parents and/or teaches girls--as well as anyone who wants to understand the dynamics at play in our national election cycles. The book is centered on white girls in particular (the author is open about that fact), and is at root about suppressed anger in a patriarchal culture that strongly discourages girls from engaging in direct conflict. I went into it looking for advice on how to support my daughter with her friendship drama since we're already in that glittery, light-up rabbit hole. But I ended up spending most of the time thinking about how incredibly relevant the issue is to the 2016 and current presidential election campaign cycles. And, you know, not in a good way. 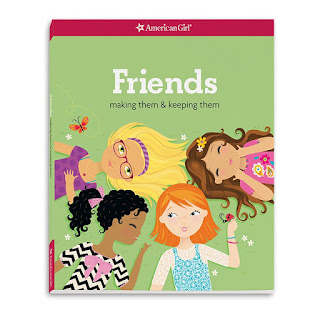 I feel perky just thinking about these books. My daughter is super down with the messages and magazine-y pictures in this girl-oriented advice series; there are even self-quizzes! I mean, my kid pretty much loves all things American Girl at this point anyway (thank you, grandma), so it's awesome that the company has also branched into advice books on everything from friendship (pictured above) to changing bodies and feelings. There's even one for boys about their changing bodies, though, unfortunately, nothing about boy friendships or emotions. BIG MARKET NEED. These books probably aren't going to be awesome for kids who have serious stuff going on in their lives, but for the relatively happy-go-lucky young girl in your life, they're spot on. P-U-B-E-R-T-Y … Let’s talk about PUBERTY! And bullying! And Feeeeeelings!