Recent Books I've Clutched In My Hands With Joy: June 2019

I'm in the middle of major surgery on two manuscripts, so the only regular blogging I've been doing is in my head and in the form of fleeting stabbed expletives followed by canned self-encouragement. But I have been reading. So I'm going to quickly share the books that have made me feel human, wondrous and grateful this month.

Also, shout outs to Flea Bag for making me choke with laughter on TV--I binge watched both seasons over the course of two days recently, and I don't regret a minute. Please call me when you get to the silent weekend retreat. 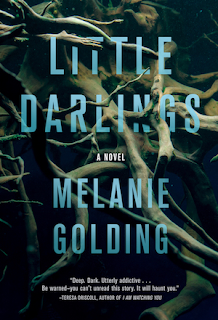 My favorite children's board book is, hands down, Outside Over There by Maurice Sendak. "Ida played her wonder horn to rock the baby still - but never watched. / So the goblins came. They pushed their way in and pulled baby out, leaving another all made of ice." It is beautifully creepy, full of sea shanties, ice babies, goblins and blooming arbors. So for me, Little Darlings is a home run, deftly navigating the question of whether the main character is losing her mind from severe sleep deprivation after having twins or whether a spirit from the wet deep has indeed switched her boys out for crooning changelings. I won't give away the answer, but needless to say, don't gift this book to any pregnant people or new parents until they're at least past the first year marker/are capable of laughing at the dark humor of parenthood without blinking. "She climbed backwards out her window into outside over there." 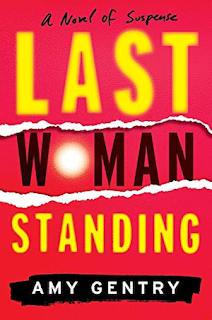 I'm a little allergic to the world of professional humor--stand up comics and the like. Aggressively funny white men always feel like they're out to wound you, frying all hope for humanity like an exhausted fly strafed by the stage lights. Which perhaps is what makes this book so satisfying for me. The main character is an aspiring comedian, but living at the fringes of the scene as a woman of color roughed up by the small and big-small men who suck up all the air in the industry. (You'll recognize the parallels between one of the characters and a certain infamous comic who still won't go quietly.) Through a chance meeting--or maybe not--she slowly gets pulled into some revenge plots, develops an alter-ego and spirals further and further away from the life she knows until her worlds violently collide. It's not exactly funny, but it's certainly a wild ride, and just about as funny and aggressive as standup culture has always felt to me. 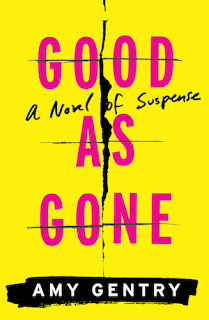 Good as Gone by Amy Gentry

This book is also by Amy Gentry (I like to author binge), but totally different. Truth be told, I'm a little weary of girls gone violently missing plot lines. We are now in the heyday of women finally writing about the violences committed towards us, including this book, which is wonderful and long-overdue. But sometimes I really would prefer to read about poppy seed muffins, black hole fairy dust and abducted husbands found dead on riverbanks instead. All that said, this story about an abducted daughter who returns years later and a mother's struggle to decide whether the woman who collapses on her doorstep is indeed her daughter, just got better and better as it went along. Religion, marital struggles, self-loathing, Houston's oppressive heat. The ending was probably the freshest and best take on this genre I've seen in ages. I'd love to buy Amy Gentry a drink--and then sneak a peek at her photostream while she's in the bathroom. (Sorry.) 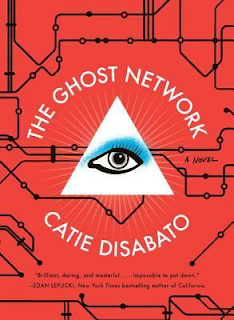 The Ghost Network by Catie Disabato

At the the intersection of the venn diagrams of people who grew up in Chicago, are really into urban planning, dig pop music and love an epically long New Yorker article, apparently lies both Catie Disabato and me. I suppose there are other people who will be into this book, but I gotta say I'm feeling pretty niche and seen at the moment, Catie. Hi! I mean, this book features obsession over transit planning (check), militant placemaking (check) and a maybe dead body in Lake Michigan (check--can you guess why I deeply fear open water swims in Chicago's lakefront?). I admit that I'm only half-way through this story at this point, and that the style it's written in probably won't appeal to everyone--again, unless you like to bathe in New Yorker long-form. But if you're anywhere within those Venn diagrams, you'll want to give this a try. It's quirky and lovingly detailed: people drink pop and the story has self-referential footnotes! Oh, and it's about a missing mega-pop star and her hidden allegiance to an esoteric city planning cult, btw. 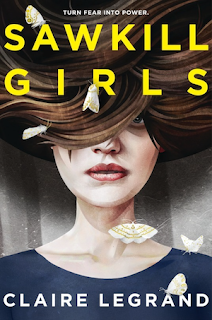 Claire Legrand is the author of the extremely popular Furyborn (Empirium series), which is a mighty mainstream fantasy. I'm looking forward to reading the sequel as soon as it rotates into the library. Meanwhile, I tried her Sawkill Girls, a fairly newish YA story about a horrific monster seeping into our world via a cookie cutter, plasticly wealthy island somewhere off the East Coast. In case you're wondering, I like to read YA because my kids read/listen to these stories and I want to be on top of what seeps into their heart. (Miraculously, they still take my recommendations.) And it's often surprisingly groundbreaking. Indeed, Sawkill Girls really stuck with me because I can't think of many stories that glorify collective feminist action. Can you? I mean, it's sort of a chosen one story. But ultimately it really isn't, and there's no hedging things. The monster is violent, pervasive and horrific, the world is hostile and it's up to some regular girls to find the self-confidence within to see past their divisions and kick ass. There are a few odd bumps in the story that felt tangential, but on the whole, I'm definitely going to recommend this to my kids (one when she's a bit older and ready for the violence) purely because I don't think they'll be able to read anything like it until they take some gender studies classes in college. Though no pressure, kids. 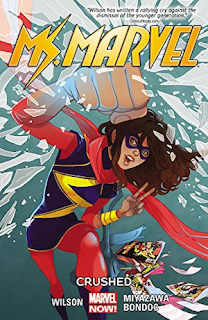 My nine-year old and I are doing summer book club! We both chose three books each that we'll discuss over six weeks of the summer. Crushed is one of his selections, and is just a really fun story, as you might expect. The overall new Ms. Marvel series is pretty awesome, about a Pakistani-American teenager named Kamala Khan living in Jersey City who becomes "inhuman." This particular installment is about Kamala's troubled flirtation with a cute boy who also turns out to be inhuman. Also, something erupts in the school cafeteria. I won't bore you too much with our book club discussion, but my kid is really into history and politics, and we ended up having a great discussion about hero narratives versus collective action (see above) and how they intersect with politics and culture across history. Kids: reading harder and deeper than you think.