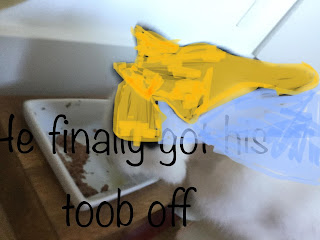 I’ve been a Twitter user for longer than I probably want to realize. I’m part of the aging social media first adopters generation; I had a Friendster account, MySpace seemed really wild, wikis were the future! In other words, I was delusional when I first started using most of these sites; I genuinely thought tech was a force for good, and that the world was on an upwards trajectory towards good.

Well, I’ve since smacked down that instinct towards optimism and trust, and grown up. Enough, at least, that I’ve deleted the app from my phone entirely. I dream of moving back to a flip phone in the near future.

Still, I want to read news, wade into new opinions, laugh at cat pics and learn about inscrutable memes that seem deeply important to my children. I’d just like to do it without propping up the same 10 not-so-hot takes by the same inexplicably famous dudes that perpetuate white supremacy and patriarchy, knowingly or otherwise. It’s really, like, the least that I can do.

So, here are the six rules I’ve developed for myself, and mostly try to follow:

There’s, of course, nothing groundbreaking about this list. However, the way we use social media has an impact on how we operate in the real world: what we boost, what we choose to follow, how we respond to arguments that we find provoking (do we, uh, say, send death threat DMs, my loves?! No, no we do not). So the simple act of repeatedly doing numbers two, three and four above every day, multiple times a day, has been a surprisingly powerful way of training myself to default to doing the equivalents in the real world. Step back, listen and boost the voices of people who are otherwise muted and bring truth to this ugly, complicated, beautiful world.