“I Was Raised Peaceful” 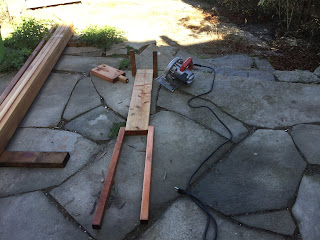 I wrote last year about telling my nine-year-old son about not “letting them train you to be a killer.” It’s a phrase I continue to use to steer him away from the worst of toxic white boy culture, and I think is seared deeply into his brain at this point, somewhere next to his Roblox password and songs about Big Chungus. But he continues to mature, and I’ve needed to keep rolling with the times.

So this blog post is a collection of words and observations from trying to raise an anti-racist, anti-sexist, anti-homophobic, anti-transphobic, etc. white boy, age 10. I don’t know that these words would necessarily work if you live in an all-white community or certain other types of communities. We live in a dense, highly diverse city where we walk, ride the bus, send our kids to public school and get really excited about trips to the public pool. It’s perfectly possible to be a total a**hole here, as many of us continue to prove daily, but it’s also slightly easier not to be, I think.

“I was raised peaceful.”

My son surprised me by using this phrase out of the blue when we were discussing his friend’s shoot em’ up video game a few months ago. I got teary—much to his horror—because yes, this is apparently how he understands the flip side of not being raised to be a killer. It’s a beautiful self-conception, especially from a kid who loves to be physically BIG and ROUGH. Let’s wrestle each other down this hill and whack each other on the hammocks all day long. Let’s drop down stomach-hurling water slides and boom down sidewalks on our scooters. Peacefully, though. Everyone having a good time and folding space with their mind.

That said, I won’t lie. The outside influences that tell him that boys should laugh and joke about killing others continue to be incredibly strong. It’s a constant job to point out that there is a much larger, and better, world of humor out there to be enjoyed. Maybe I’m being over sensitive, but songs about Christmas at Ground Zero just don’t work for me. Instead, we’ve been watching Chernobyl and The 100 together recently, the latter of which is an excellent and varied moral philosophy lesson about the benefits and costs of violence. I think this may be one of the last years that he’ll really listen to me, so I’m going to milk it as much as I can.

“You are part of a community.”

This is a new phrase my husband and I have been using to help my kid understand the impact of his choices, mostly at school. It’s no secret that white boy media is all about teaching them to be exceptional. From superhero’s to Star Wars to even some of our most beloved children’s books series, the message is always, “you stand alone” and “you are above the rules/the rules are stoopid.” (Moreover, these identities also depend on the idea of good guys versus bad guys essentialism, which is an incredibly problematic teaching with real world implications.)

Indeed, the one message our boys don’t get much is that they are part of a community. A team, yes. But not a community. These are different things. Teams are set up to win. There’s an opponent, there are a finite number of relevant players, there are stats with rankings. I love being on sports teams, but our society is not a team and shouldn’t be a team, because they are inherently exclusionary. Instead, we are a community, where everyone matters and equity has to be part of your mind set if you want things to function and be fair. Ergo, when you act above the rules in school and suck up teacher time, you are taking away from the time other kids, who may need her attention much more than you. The same lessons can be applied to the family level and Putting The Ipad Down and SETTING THE TABLE WITHOUT COMPLAINING.*

“People always have reasons for their prejudice.”

A month or so ago, my son started explaining to me why VSCO Girls are clueless. I listened for a while but had to stop him and call him in, because he was mid-stream in a time-honored tradition of white boys and men denigrating any perceived feminine cultural movement. (However bizarre the VSCO Girl thing seems to me. It’s like my childhood fashions, but with a water bottle? More power to you, girls!) My kid got really frustrated with me when I started pushing back. He had reasons! There were facts!

Honestly, the whole conversation made me sad. It was going to happen, though, and I’m glad it happened early enough that he’d listen to me and my husband reminding him that though there are always reasons for people’s prejudice, it doesn’t justify the bias. He has to notice the patterns and think for himself. Use his heart and his critical thinking. I think this one caught him by surprise. The days when Big Chungus is—“obviously”—more socially acceptable than VSCO Girls, though, easily evolves into routine sexist thinking about cultural content (Birds of Prey, cough cough).

“Fascism is a movement, too.”

Last but not least, one of the benefits of living in San Francisco is exposure to all kinds of social movements. The SF Unified School District does a good job of teaching kids about various historic civil rights movements, and it’s something our kids see on a regular basis on the streets and in the way we live our lives. That said, it’s easy to mistake any given movement of people for a righteous movement. A very common affliction, unfortunately. My kid happens to be especially excited about political movements and protesting—great. So when other kids suggest some sort of protest against a school practice, however ill conceived, he’s the first to sign the petition.

However, he needs to learn that fascism is a movement, too. That movements can be righteous or selfish, and to understand what he’s signing up to support before raising any flags. If you know my feelings about San Francisco politics, you can understand why this one is especially close to my heart. But it’s also deeply relevant to him becoming immune to the efforts of the kinds of horrific movements that prey on the impressionable minds of white boys on the Internet. WBOTI. I’m not going to name them for fear of raising Internet satan, but age 10 is absolutely the time to begin preparing our boys to face and walk away from this nonsense by talking through much gentler experiences.

That’s it. I stand by my post from last year as well as a more recent one about how some of this exceptionalism bias influences our school choice decisions, and I’ll continue to write occasionally about what we’ve been struggling with on our journey to raise our white boy the right way. I’m stumbling, he’s stumbling, but I’m also well aware that the more we all talk about the challenges along the way, the better the world is going to be for everyone. Including our boys.

-With love, and humanity. KH


* This messaging works well, to my mind, for cisgendered, straight white boys in diverse, non-religious communities, but can be highly destructive for pretty much everyone else. The rest of us largely don’t need more reminders to subsume our individual needs for the greater good of the community. And groupthink for white boys in all white environments is incredibly dangerous, as we constantly see in the news.