Recent Books+ I’ve Clutched In My Hands With Joy: May 2020

There's no theme to my list this month, except that lots of these books and shows are best sellers—and for good reason. Also, I finally got my husband's Netflix login. 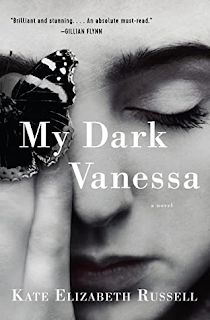 Depending on your age, this book is either the antidote to or the inoculation against Lolita. The story is about a grown woman’s gradual reckoning with her teenage experiences with a boarding school school teacher. She's held tight to the idea that what they had was a love story, despite its clear toll on her life, and we travel with her as she re-examines every inch of her memories. There are a lot of shiny, bright, revenge fantasy books out there now about abuse by men. Which I've enjoyed. This is something different, though, and much needed. Dark, complex, ugly. It will take generations to heal these wounds. 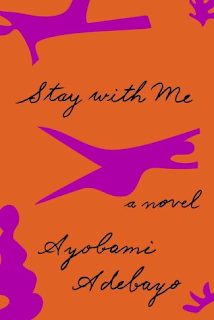 There are a metric ton of women's fiction stories about the ends to which wives will go to conceive a child when under pressure from family and husband. Stay With Me, though, takes the story to a new level. The main character's husband takes a second wife, has a hysterical pregnancy, there's roadside diarrhea, etc. So it's a real page-turner for all kinds of reasons, though the subject matter gets more upsetting as the story goes on and is ultimately much heavier than I expected. Which his what makes it so delicious. Well, that and all the exasperating secondary characters. It's a modern-day Jane Austen in that respect. 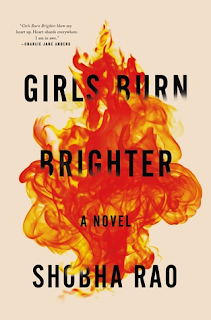 This is one of those heavier books. The main characters in this story, two young women living in different degrees of poverty in small town India, bring amazing lightness and resilience to the increasingly horrific situations they're forced into by insidious misogyny and poverty. This story is, blessedly, about their unquenchable light. However, yeah, what happens is deeply upsetting, so be warned. By the end, Rao's anger is palpable on the pages. But it's not a weak, hopeless thing. It's the punch of a superhero sizzling through the air. 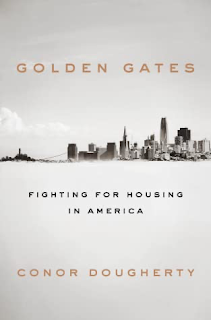 Who wants to read a story about housing policy? Raise your hand! Anyone? No one? Yeah, most people wouldn't, but this book might change their minds. Doughtery has taken a relatively dry--but extremely important--topic and made it just soapy enough to make this book feel short. Whether you agree or disagree with his assessment and obvious biases about what's been happening with housing policy in the Bay Area, you'll enjoy all the stories about the characters who are kicking up dirt and turning this topic into something more people need to be following around the country. 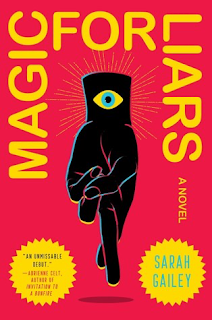 Magic For Liars by Sarah Gailey

This is a great, slightly dark, but light and fun book about a PI investigating a murder at a high school for magic. The investigator is a non-magical twin whose sister works at the school, too, so the core story is about the PI confronting her jealousy about the magic gene skipping her. Understandable. I'd be pissed, too. What makes Gailey's story particularly fun, though, is the specific magic possible in this world. Temporarily exploding bodies into a cloud of parts--I gotta admit, I hadn't thought about that before, Sarah. 👀 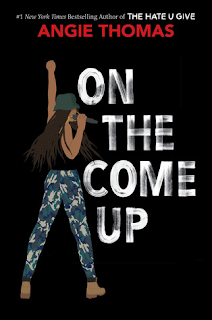 On The Come Up by Angie Thomas

I hope Angie Thomas felt all the things she wanted to feel writing this book, because it's a real gem. The story is about a 16-year-old named Brianna Jackson who wants to make a name for herself rapping in the midst of some serious shit happening at home and at school. Thomas’ writing is snappy and flowing, and the story is tight, but what makes this book so special is the way Thomas infuses the story with Bri’s rhymes-in-progress. If you didn’t already appreciate the level of skill it takes to get up on a stage and destroy people with words, this book will open your eyes. This is a love note to Hip Hop and family, and a wonderful YA story that I will definitely be sharing with my kids. 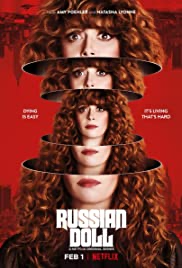 I’ve wanted to watch this show for ages, but I didn’t have Netflix. Finally--finally! it occurred to me to ask my husband for his login, and now I’m rolling. Anyway, this show was even better than I expected, and just refreshing. A love note to New York, a masterwork of Natasha Lyonne and just fucking weird. 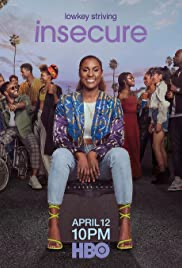 Insecure has been amazing from the get go, and season four is no different. Thank you Issa Rae, may you be profiting nicely. Hollywood is still warming up to the reality that there are universes of TV and movie gold available in female friendships in and of themselves, let alone Black female friendships. Witness the perfection of Insecure and The Spy Who Dumped Me (my favorite relaxation movie--it is literally perfect 💣, don't come at me with any other opinions). But if you are a woman who has ever had a best friend, Black or otherwise, you know. You know. 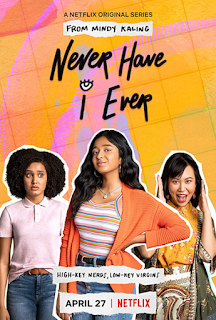 Never Have I Ever

While we're at it, god bless Mindy Kaling, too. This Netflix series is about a trio of high school sophomores in Southern California dealing with major life changes while being total dramatic fools. It's charming and unexpected--like, why is John McEnroe suddenly talking? No, seriously. I find this incredibly strange. The trailer on Netflix is fairly misleading, so close your jaded eyes and just click play. There's so much comedy going on here. 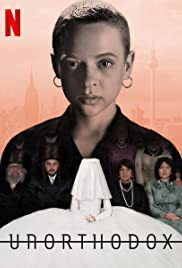 I don't know how to describe this, except to say that it isn't comedy, and it will touch your soul. Just watch it.