Recent Books+ I've Clutched In My Hands With Joy: July 2020

This month has been all about radical imagining, crossing previously invisible boundaries and generally trying to see past what I've always taken for granted. Also, staying alive and learning just how much I hate the word "pod." Pod. Cod. Bod. Dad bod. Rod. Podding. Just: no. 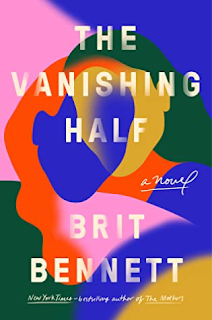 The Vanishing Half by Brit Bennett

This story is about two identical light-skinned Black twin sisters, one who lives her life as a Black woman, one as a white woman. Bennett has written a lyrical, languorous family drama about colorism and, more broadly, the invisible but very mortal boundaries that constrain our lives. Race, gender, marriage, family: where do they begin and end on our bodies and in our hearts? 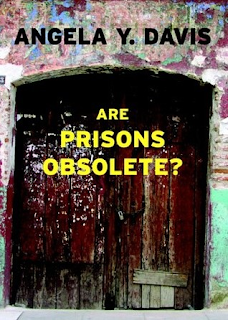 Are Prisons Obsolete? by Angela Davis

TDLR, the simple answer to the title of the book is "yes." But Davis' brief dive into the history and current state of our nation's unconscionable justice system will take you much deeper, in so many different ways thanks to her incredible personal story and intellect. The new film by Ava DuVernay, 13th, also discusses the history of the burgeoning prison system. I highly recommend both. Bring tissues. 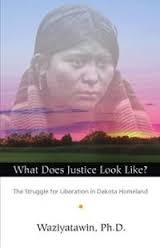 What Does Justice Look Like? The Struggle For Liberation In Dakota Homeland by Waziyatawin

This book was mentioned in Raising White Kids, which I wrote about last month. I wasn't sure what to expect when I picked it up, but quickly fell in love with Waziyatawin's unflinching look at both the history of white Minnesota and its intentional destruction of the Dakota nation and, especially, her demands for reparations. I wish I could say I was surprised by the history presented; it's awful, and needs to be understood, but far too familiar in its general shape now. What especially stuck with me, though, was Waziyatawin's breakdown of some practical ways to begin to heal the damage our white ancestors inflicted on the nation and the land, short of private land reclamation. The need for this work would be true at any time. As we think about the end of life as we know it, though (see The Uninhabitable Earth below), hers is a voice that is important to amplify and finally honor with action. 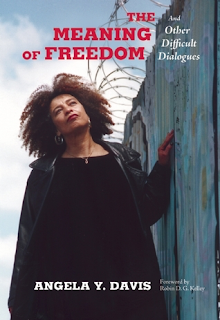 The Meaning of Freedom: And Other Difficult Dialogues by Angela Davis

This book is a series of speeches by Davis, many of which repeat the essential content from Are Prisons Obsolete? However, it has the added benefit of tracing the evolution of Davis' thinking over a long period of time, from the Bush era to the election of Obama, and gets deeper into intersectional feminism and homophobia. In Davis' own words: "If we are to fashion ourselves today into agents of social change, we will have to do a lot of work, a lot of work on ourselves, a lot of work with each other, and we have to try to make sense of what appears to be a really depressing world." 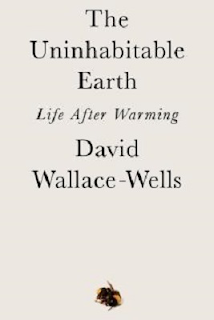 The Uninhabitable Earth: A Story of The Future by David Wallace-Wells

Speaking of depressing, there's no good news in this book. I didn't expect there to be, but there really isn't. Wallace-Wells lays out the facts of our collective future, the bad, the worse and the potential for total annihilation. And we need to hear it. I would, of course, like to think people are willing to avoid these scenarios, though this pandemic perhaps proves otherwise, yet again: if we're not willing to wear a simple mask--just a small patch of cotton!--we certainly aren't ready as a nation to make the absolutely massive changes needed to stave off an Earth that can no longer support most human life. Anyhoo, the importance of the message aside, this is nonetheless a deeply white guy book, both the inability of Wallace-Wells to be able to imagine forces that impact his life in a deep and inescapable way and his framework for reimagining the future. And in that sense, it is yet another tell for us climate change activists, who are so rightly scolded for being stuck in a white framework of thinking. So, read the first part of this book for the rightfully alarming science, but skip the second and its deep dive into the relative merits of the ideas of different white guys. We already know these ideas and their limitations. 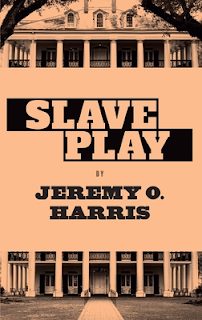 I don't think I get to have an opinion on the content of most of this striking play about interracial couples role playing slave-master characters as part of a modern psycho-sexual therapy session--and I realize that reading the thing is a very different experience from viewing it as an actual play. Particularly the ending. However, the act of being asked to radically de-center myself as a white person, no matter how uncomfortable given the sexual content of this book, is really something transformative. This is quick read that you read/see and then sit with, over and over as the world around you reforms, dies a little and, ultimately,  becomes more true. 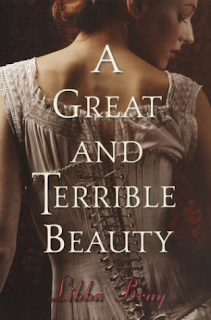 A Great And Terrible Beauty by Libba Bray

This popular story is one of those dark, atmospheric YA fantasies about a group of wealthy imperial-era English boarding school girls unhappy with their dictated fate in life (e.g., get married and essentially disappear). The plot itself is nothing shocking or new, but what Bray does best is weave layers of hidden worlds into the dripping stone and menacing trees and caves of this resigned finishing school. Walls of horrors come to life, there's more than meets the eye at play in the darkness of the forest and girls rise to their own complicated power. On my recommendation list for my kids. I Love Your So Mochi by Sarah Kuhn

Yes, this YA romance/coming of age book is super sweet--but not saccharine. There's a love interest dressed in a mochi costume and just a lot of candy throughout, but it's also a book that has its (stylish) boots firmly on the ground. The Japanese-American heroine takes a transformative trip to Japan to figure out her true calling in life, and ends up remaking her life in a variety of fundamental ways. Kuhn is especially skilled at evoking the incredible settings of her plot, to the point that I've looked up a bunch of places on Google Earth since they sound so cool. On my recommendation list for my kids. 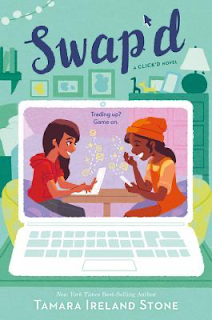 This is a middle grade sequel to the awesome Click'd, a book my daughter likes to read and re-read. Our heroine, Allie, is back, and is navigating friendship issues and figuring out her next app and summer plans. I'm still making my way through it with my girl, but so far, it's just as addictive as the first. 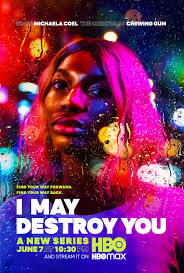 I May Destroy You (HBO), created by Michaela Coel

Oh wow, this is good. Despite the fact that I truly have no idea where it's going at any given moment or overall. It's still just really f*cking good. Coel created the series and plays the main character, Isabella, a writer who gets roofied in the first episode. And then ... and then ... It would be a disservice to give anything away. I May Destroy You is a dark/dark-ish comedy that also does a phenomenal job of saying things that you just never hear on TV (that book reading scene!) and pulling the rug out from under us at least once an episode. It's full of heart and such an incredibly sharp insight into the world. Just ... watch.

Recent Books+ I've Clutched In My Hands With Joy: June 2020