In addition to the live tweets, though, I realize it might be useful to also keep a record of major developments and findings from these meetings going forward, to help anyone working on police reform, defunding and/or abolishing the police. Since I don't wish sitting through these meetings in full on any sane person, or even reading through the hundreds of tweets. So here are screen grabs of the most important developments. Any factual mistakes are my own. 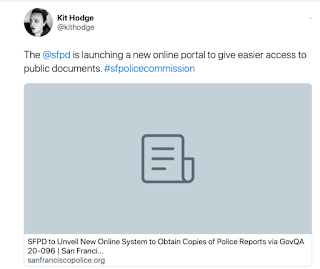 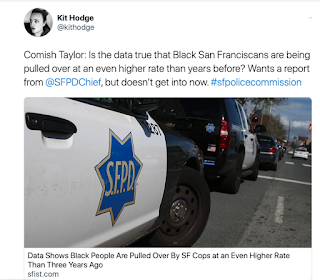 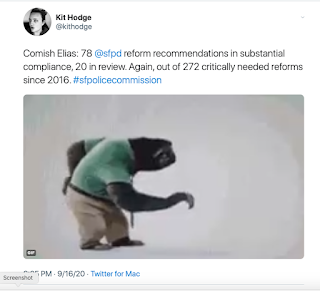 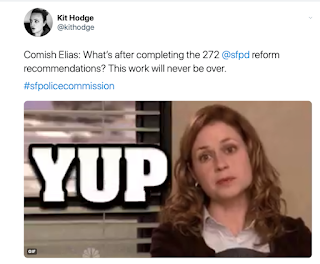 The Report: There was much discussion of programs and processes for supporting victims of gun violence, particularly Black San Franciscans, but no strategy or analysis system for actually stopping gun violence, despite the title of the presentation. The one exception presented was an outside-funded initiative created by Supervisor Walton. 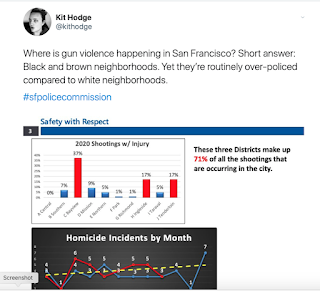 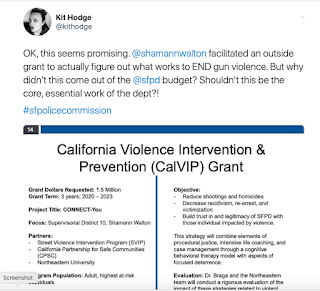 The Report: There are huge numbers of public complaints about SFPD officers, the DPA only takes a small percentage all the way through to investigation, even fewer to recommendation for discipline--but Chief Scott takes disciplinary action on just a fraction of those few cases. The Chief fundamentally disagreed with the Police Commission that this is a problem. 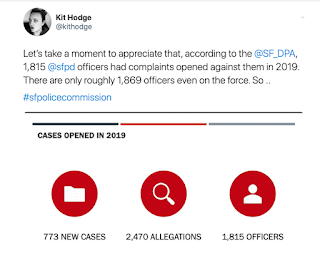 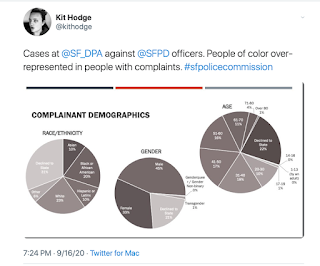 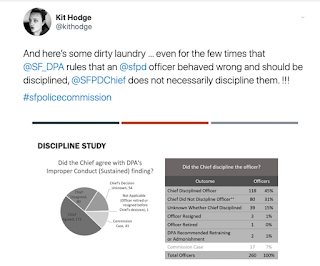 Please volunteer for/donate to Wealth and Disparities In The Black Community, founded and led by Phelicia Jones. Ms. Jones has been working on police reform since the SFPD murdered Mario Woods back in 2015.