Recent Books+ I’ve Clutched In My Hands With Joy: November 2020

My book list this month is going to give lie to this post title. Few of the stories are new releases. Quite the contrary. However, this month I needed fantasy that looks far harder at our current world than, say, The New York Times, and these stories are, unfortunately, deeply timely. We may be making our way out of the political dark wood, but too many of us are still convinced there was only ever one monster among the trees. And that we're the hero. Ergo, there has never been a better time to read fantasy by Black women. 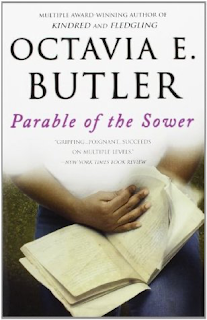 Butler wrote these two books back in the '90s, but you'd be forgiven for choking on your tea over how spot on she was about pretty much everything that's gone down in the last few years. The books take on the journey of Lauren Olamina as she tries to survive and then build something better in the fiery ruins of California and the US during a climate breakdown and the election of a hypocritical religious zealot. I love a good walk-the-road quest story, so these books ticked a lot of boxes for me beyond the timeliness; surprisingly, even the religion. Lauren is the daughter of a preacher, and invents a faith called Earthseed to help her survive the destruction of her home and world, the main tenet of which is that "God is change."

But we can do something no other animal species has ever had the option to do. We can choose: We can go on building and destroying until we either destroy ourselves or destroy the ability of our world to sustain us. Or we can make something more of ourselves. We can grow up. We can leave the nest. We can fulfill the Destiny, make homes for ourselves among the stars, and become some combination of what we want to become and whatever our new environments challenge us to become. Our new worlds will remake us as we remake them. [Note: emphasis added] 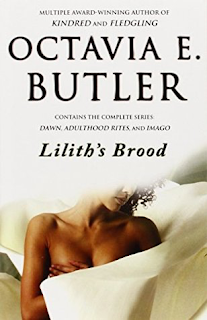 If Earthseed felt similar to many earth-bound apocalypse survival novels (but far better), Lilith's Brood falls more cleanly into the tradition of space-y/alien-y sci-fi. Lilith is a woman from Earth who wakes up in a spaceship to learn that humanity has destroyed itself but that aliens have saved them and will help them try to repopulate Earth, with some changes. As in the Earthseed books, the question becomes whether humanity is a) willing to be saved at all and b) willing to make the necessary changes needed to survive. In the wake of the 2016 and 2020 elections, any thinking person has to be wondering the same thing about the U.S. The biggest impediment to humanity's chances of survival in Xenogenesis are rooted in (white) patriarchy. The second and third book in particular in this series--which were written all the way back in the late '80s--are a still timely confrontation of gender, in particular, as well as what it means to be free. 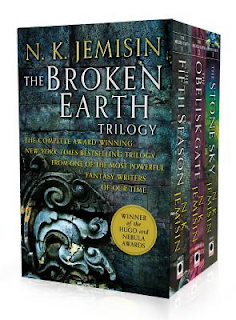 There are so many ways to appreciate the hell out of this Jemisin's trilogy. The writing, the absolutely masterful story structure, the insight, the pure plot, earth magic, crystals. If you let yourself settle into Jemisin's long, slow spool at the very beginning, you won't want to stop reading. Broadly speaking, this is the story of Essun, a woman with magical powers in a world of people who hate people with magical powers, who is searching for her stolen daughter in the wake of someone rending the earth. The inscription of the second book is "to those who have no choice but to prepare their children for the battlefield," which should be a clue that this series is one of the most resonant and bittersweet love letters to Black parents and their children yet written, albeit told through the story of a mother and daughter with the capacity to read and control the rocky earth (and, as it turns out, much more). Should Essun and her daughter complete the destruction of the earth because humanity can't be redeemed? Should they save a humanity that hates them and is built on the need to hate someone, especially if it means killing themselves in the process? These are, unfortunately--unfortunately--timely questions. If whiteness destroys everyone and the very Earth itself (climate change), is it worth it for Black folks to try to save a world where you can never escape whiteness? 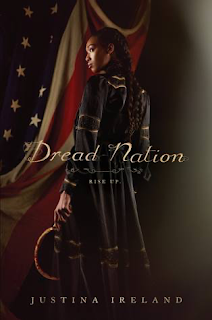 Ok, Ms. Ireland, you had me at the cover. Seriously, though, this YA book is fun, fun, fun. Zombies, an irreverent Black teen girl trying to save her friends and a town of mostly deliberately clueless and awful white people from said zombies just after the end of legal slavery in the U.S. So many popular dystopian books steal the real historical experiences of BIPOC cultures to build the threatening worlds of their white heroes. Ireland, though, doesn't need to steal a thing. She just adds some undead to some real stuff and twists things a tiny bit, and boom, you've got a fast-paced, snappy but heartfelt story about Jane, a girl, and her frenemy, Katherine, who meet in an anti-zombie combat training school. Corsets, scythes, weird plays with electricity. It's a ton of fun. There's a second book in this series, Deathless Divide, which I am about to start reading before I send a copy to my goddaughter, who has been eating up the first book. 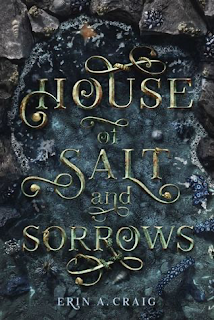 House of Salt and Sorrows by Erin Craig

Craig is not a Black author, but I'm including House of Salt and Sorrows here because it's a salty, watery take on the Brothers Grimm's Twelve Dancing Princesses tale, which, if you haven't already noticed, is the reference point for my blog's name. This is the story of Annaleigh and her 11 sisters, four of whom are already dead when the book begins. The girls live in a big manor house on a briney island, and are desperate for a distraction from worries about the apparent curse on their family. Enter the dancing and magic, and lots of spirits. Craig has written a chiseled fairy tale full of texture and atmosphere that your more dramatic teen readers will imprint on. 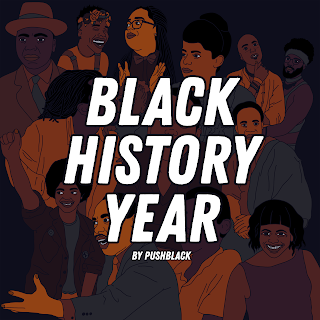 I feel like I've mentioned this a thousand times before, so sorry if I sound like a broken record, but I was an American history major in college. I actually took an especially large number of classes on African-American history--and apparently I didn't learn sh*t. So, I'm appreciating this podcast for teaching me about the history that's largely hidden from most of us, even the history majors of the late '90s. If you're pressed for time and don't know where to start, the episodes that go into specific historical moments are especially strong, like the recent one on "God Talk and the African Roots of Faith with Dr. Anthony Browder."

Recent Books+ I've Clutched In My Hands With Joy: October 2020