Recent Books+ I’ve Clutched In My Hands With Joy: March 2021

My themes this month are short stories and author binges. As in, I continued to binge on Nnedi Okorafor and Octavia E. Butler, who both happen to write a lot of short stories. I've also included a couple of fun and completely ordinary world novels that are lighter reads about dark impulses. Murder, magic and biting. 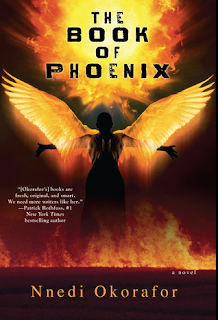 The Book of Phoenix by Nnedi Okorafor

The Book of Phoenix is the prequel to a book I have yet to read, so I'm probably missing some context. That said, I enjoyed it as a standalone story about an "accelerated" woman grown in a corporate lab whose attempts to escape and be free continually push her into more and more extreme actions. One of the things I love about Okorafor's work is that she plays with form. The Book of Phoenix is a novella that draws on oral storytelling structures, and ultimately feels like more like a Netflix 10-episode series than a traditional western novel. There's a long aside about the magical properties of shea butter and a whole drama about the meta narrator. It absolutely works, and this is a fun, fun story as a result. 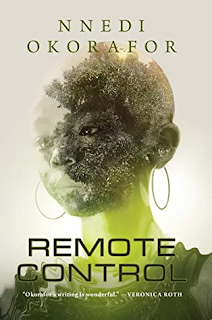 Remote Control is another Okorafor novella, and has some world element overlaps with The Book of Phoenix (e.g., the magical properties of shea butter, hello), but is a completely separate story. A young girl, Sankofa/Fatima, develops a magical green glow that kills people and machinery, including her family, so she's forced into a journey across Ghana to figure out her purpose. My favorite part of this story was Sankofa's time in a place called Robotown, which is an ordinary town with a huge gleaming robot that controls traffic at a deadly intersection. Remote Control isn't the happiest of stories and it reads more like the backstory of a character who dominates an as-yet-unwritten full novel trilogy. It's a trip, though. 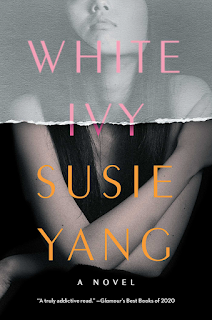 This is the story of a Chinese immigrant/the daughter of Chinese immigrants to the US, and what she is willing to do to achieve her definition of the American Dream. Young Ivy Lin develops a crush on a wealthy white boy during a brief stint at a fancy private school when she's younger. Life intercedes, but she reconnects with him and his family as an adult and sh*t gets real. This is a story with a lot of sharp, hard edges--where love is squeezed into a gauntlet and bruised. It's biting, it's raw and fun, and it's a great, deeply American read. 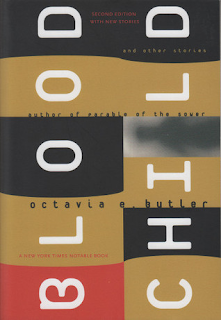 This book is a compilation of short stories along with commentary on them from Butler herself. The theme of the stories is children dealing with impossible circumstances. There's a story about a boy who chooses to become a pregnant host for aliens even though it'll mean being split open with a knife. Another story about a woman with a disease that causes people to try to rip themselves apart, and how she reconciles living. Etc. If you've read my previous book posts, you know that I've been steadily working through all of Butler's published works over the last few months. So I especially liked that she tells you herself what the stories are about in this compilation. It'll mess with your mind; the woman behind the stories is just as fascinating as the worlds she creates. 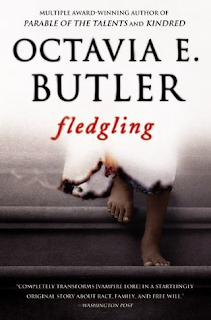 Fledgling is the last novel Butler wrote before she died. Oddly, I'd say that it's also the most hopeful and at ease story. The world isn't in apocalypse. Pleasure is a big theme. There's a lot of love. What's odd about it is that it's a flipped vampire story. Shori, who looks like a young Black girl, wakes up with no memory of who or where she is and has to go through a process to piece together what's happened and her path forward. She quickly discovers that she's a much older vampire. Except, in this world, humans want to be with vampires once they're bitten; getting your blood sucked is sexually pleasurable, among other benefits. The drama in this book comes in the form of a trial, in which the existing, white vampire race has to decide whether they'll let racism condemn Shori and the future of their kind (she can tolerate the sun thanks to her melanin, unlike the white vampires). For Butler, this is a very down home story. There's little in the way of space or aliens. What we do get is direct confrontation of racism. It's easy to read Shori's story as the first book in what should have become a series, but I appreciate that Butler says nope, let's talk explicitly about racism. That's the story. Don't you dare look away. 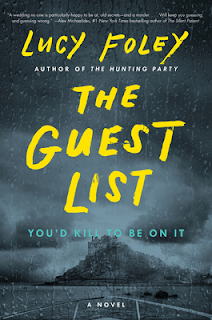 Someone dies at the wedding of a UK power couple, held on a remote gothic island off the coast of Ireland. Who is it and who killed them? It's a simple and familiar premise. What I appreciate about this story is that what once used to be a genre of women coming into their power (aka, murdering and backstabbing) by imitating the alpha men in their lives and becoming ruthless on their way to power is now a genre about just murdering the alpha males. The Guest List is a long roast of privileged private school male culture and when murder does happen, it's not a transcendent moment; it's is a last resort in a failing system and becoming more like the men is the tragedy. All that aside, this is a fun, boozy weekend read when it's raining out.

Recent Books+ I've Clutched In My Hands With Joy: February 2021