Unclear on the concept or just unwilling?

Last Wednesday's Police Commission agenda was relatively light, but the paucity of business put some of the stuff that often doesn’t get a lot of attention, into the spotlight. Namely, President Cohen continued to push both SFPD and the Department of Police Accountability to think and act strategically—and they kept resisting.
Policing has more documentation and data per square inch than any other city function. There is nothing but data (and money) at the disposal of these agencies; you could build buildings out of the endless reports collecting dust at HQ. Yet, when you watch these meetings, you realize the Chief of Police can't answer simple questions like, why are homicides up? Or, is the tactic that you're using to address the increase in homicides working? How do you know? Meanwhile, the Department of Police Accountability, which admittedly has a tiny fraction of SFPD’s budget, also can't really answer the question, what is the public saying isn't working right now with SFPD policing and why? It's wonderful that the Department of Police Accountability continues to win national awards, but if they can't answer that core operating question at these weekly oversight hearings, the trees are getting in the way of the forest view, friends.
As always, brava to President Cohen for continuing to try to instill a culture of analysis, in the face of constant resistance, and with little support from many of her fellow commissioners.
Also, are we really still paying overtime for police officers to patrol business districts en masse? If so, is there literally any data showing that this is cost effective? Do we know how much money we’ve already put into this program? Does anyone? Have we ever put this much money into social supports and direct income assistance in District 10? 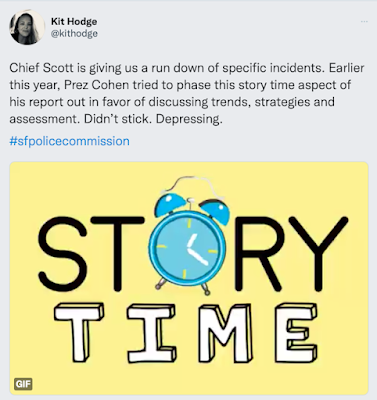 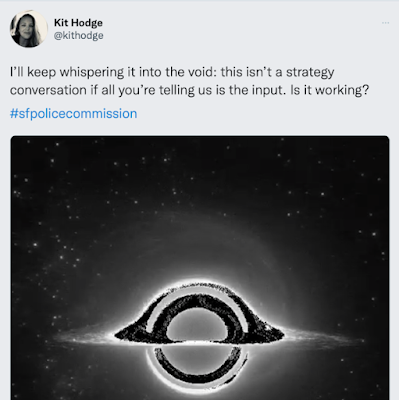 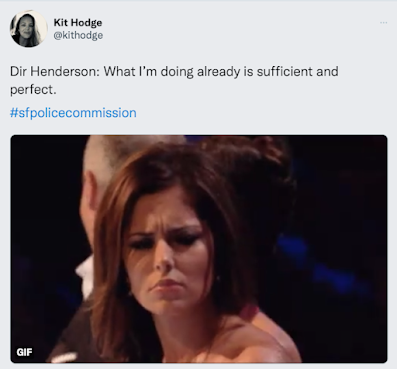 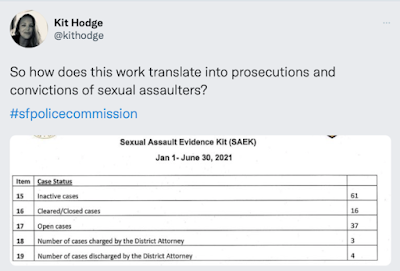 The bulk of the meeting last Wednesday was dedicated to live discussion and editing of Department General Order 5.16, Search Warrants. As many people are well aware, Kentucky police murdered Breonna Taylor after using a no knock search warrant back in 2020; here in San Francisco, a related situation contributed to the SFPD fatal shooting of Sean Moore in 2017. There’s a lot at stake with this policy update.
Unsurprisingly, there was a lot of granular line editing of the document during the meeting, and I would be lying if I said that I followed it all. If you, like me, need to read it to understand, you have until Wednesday to submit your comments on the document to the Police Commission. The body will be voting on the edited version at the upcoming meeting.
Speaking of searches, we hope that there will soon be movement on ending low-risk traffic stops, which Berkeley has recently begun doing and which lead to the high-stakes over-policing of Black San Franciscans. 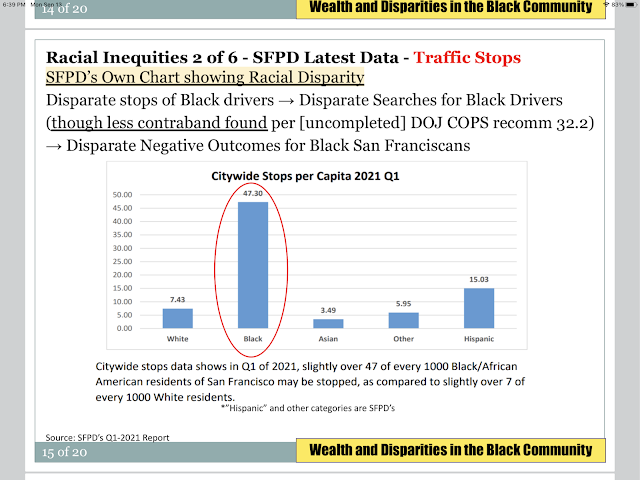 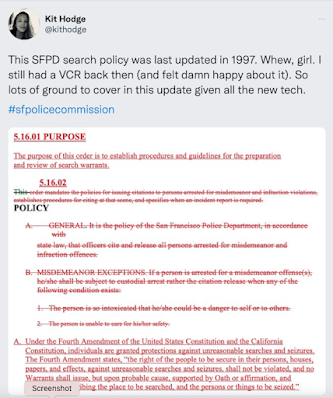 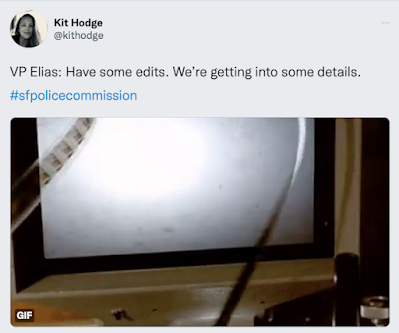 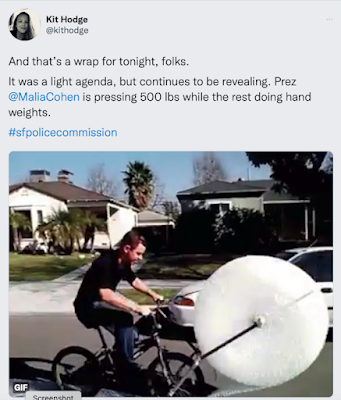