There was no theme to my reading this November. Actually, that's not true--I picked books with cool covers :) 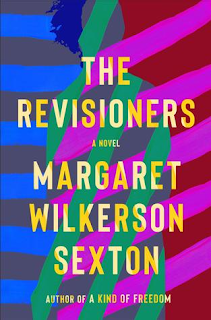 The Revisioners by Margaret Wilkerson Sexton

Sexton's novel, The Revisioners, is about two Black women and the ways in which their complicated interactions with the white women in their lives threaten everything they value. It's a beautiful book; strong Get Out vibes, but not a horror story. Ava is a woman down on her luck in contemporary New Orleans, who moves in with her ailing white grandmother along with her son, King. Josephine, her foremother, is an emancipated farmer in 1925 Jim Crow New Orleans who makes friends with her new white neighbor despite her better judgment. I spent most of the book mentally screaming at both women to run!, while also marvelling at the way that Sexton so adeptly muddies the waters; are they in peril, are they not? If you make this book your go-to Christmas present for the people you love, you'll be good.

I appreciate that as more books by Black authors are published (though not enough), their work is tacitly challenging the traditional hero ending we take for granted in the US. Instead of individual or individual family triumph, whether in joy or misery or self-discovery/acceptance, we get collective survival. The Revisioners is a good story on the usual merits--surely someone is working on the screen adaptation right now--and it's also a necessary story for the times. 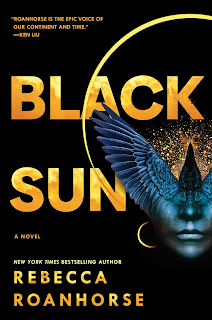 Black Sun (Between Earth and Sky, #1) by Rebecca Roanhorse

If you, like me, loved studying mesoamerican cultures in school and are always up for fantasy, you'll enjoy Black Sun. The story is about the convergence of three powerful, if somewhat undercover, people from different civilizations on the day of a solar eclipse in the holy city of Tova. It's bloody--hold your hat as you read the 👀 first chapter--and this book alone could've be blown out to four, but you will be sucked in by the fascinating world-building. Two words: crow people. I look forward to the world further expanding in the sequel. 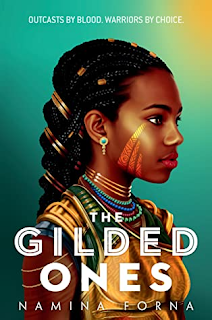 YA: The Gilded Ones by Namina Forna

Forna's story is about Deka, a young woman who is drafted into military service for her repressive country because her blood is the wrong color. The story has some notable holes in character development but the world-building is wonderful. If brutal. Case in point, Deka's blood allows her to be killed and come back to life, no matter how gruesome the death, and we get to understand just how death immune she is through scene after scene after scene. Still, the world is inventive and vivid. Your teen will enjoy the friendship and, let's be honest, all the death-but-not-really scenes.