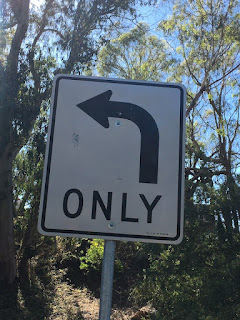 We’re flailing. We have reached the part of this COVID-19 drama where people don’t know what to think, what to do or how to reconcile the mounting inconsistencies in public health policy. It’s hard not to feel like you’re standing alone in a great plaza, trying to calculate whether the thing you’ve believed was right and true is in fact an effective policy consistent with your beliefs or an emotional safety blanket doing people more harm than good—while a bomb ticks merrily along next to you.

If you’re a progressive Democrat, this moment is especially anxious, no thanks to our abysmal public health communications over the last couple of years. We began this pandemic firm in our values: protect each other, especially the most vulnerable among us, by following impartial science. All of us imagined ourselves kind in our individual actions; we were following the best possible science on how to be responsible. The louder activists among us imagined ourselves kind by also pushing for much-needed deep structural reforms made glaring by the pandemic; maybe this moment would be the revolution we’ve wanted for so long. There was desperate, dark hope for a while.

Parents of school-age kids were just as likely to be in those categories of Democrats.

We were also one of the groups most thoroughly exposed to deeply problematic intellectual and value inconsistencies. And when I mean thoroughly, I mean thoroughly. Others have written extensively about this phenomenon, but if this is news to you, I encourage you to talk directly to the moms and dads of school-aged kids in your life, who have been on the front lines.

We’ve had time to think and notice some things.

For example, how do we reconcile our progressive ideals, particularly valuing collective action and well-being with the ill effects we’re seeing of so many Democratic public health policies on children in particular? Especially as Omicron makes a mockery of all assumptions. Though no one wants to go there, you can’t have this conversation without talking about teachers unions. I am essentially invoking the wrath of the worst of the Internet by even typing these words, but fuck it. One of my progressive values is speaking truth to power.

Yes! Individual teachers in schools almost always have little to no power. Too many teachers in big blue cities can’t afford homes in the expensive areas where they work, there are no financial or other forms of reward for being effective at your job, there’s a lot of bureaucracy to accomplish basic things and broadly speaking, good work too often goes unrewarded. Maybe it's even punished. I’ve sat on my school’s School Site Council and parent bodies and have seen the lengths teachers have had to go to just to have up-to-date medical emergency bags in their classrooms. It's ludicrous.

Yes! Many teachers in big blue cities are doing their best in the classroom despite sclerotic, borderline/over-the-border incompetent central offices. The distrust is palpable, deep, and rooted in reasonable concerns that span decades. If you’re watching what’s unfolding in Chicago, there is no way to understand all the nuances without appreciating the years and years of grievances teachers have had with that particular central office. I interned in the superintendent’s office in Chicago for one day back in the late ‘90s, and those eight hours were enough to show me the level of graft in play (not unexpected in Chicago, but still depressing). A man was paid to sit in a dark room and watch me type at my desk through the open door and then sit and do nothing at a completely empty desk in that darkness–for a full day, minus a long lunch. I decided to take a different job.

And … Teachers unions are one of the most powerful political entities in the Democratic Party. They give more campaign money to Democratic candidates than any other entity, from the President of the United States down to individual school board members here in San Francisco. The California Teachers Association routinely outspends even big oil in Sacramento. At the national level, the National Education Association and other teacher unions have more than a seat at the White House and Congress; parents have gotten used to photos of Randi Weingarten getting cozy with the Bidens in the media. Here in San Francisco, teachers union money is also a routine part of the political diet. 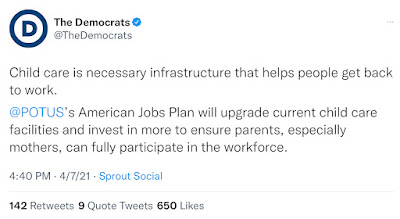 And … Teachers union policy is not necessarily representative of the views of their full membership. Here in San Francisco, the United Educators of San Francisco infrequently polls its members before taking major positions, and when it does, participation is often extremely low; in its most recent leadership election--during the height of debates about reopening--only 22% of members participated. Anecdotally, I have heard from teachers who disagree with established union positions that they fear retaliation; I have no way of knowing if this is common.

Why and now what?

How does a progressive Democrat wrap her head around how one of the most powerful political groups in the nation nonetheless remains a collection of often powerless teachers? People who have to pay for their own substitutes when they get sick. People whose salaries are outstripped by central office positions and can't afford to live where they work, despite performing one of the most important jobs in society. And in a world in which students continue to pay and pay and pay for this contradiction.

As an outsider, I will never know for sure. What I can observe is that teachers unions are more likely to stay in their positions of power if they have more, lower-paid members who develop allegiances to the organization through shared grievances than with a less-activist body of fewer, more financially comfortable members. Member numbers are dues are campaign contributions are power. True believers are campaigners are political armies are power.

Similarly, it’s organizing 101 that to be successful, you need to unite your people against a common enemy/threat. School district central offices practically beg to play that role through their unimpressive record of failure. That’s a self-own. But why don't effective teachers make far more money in these cities? Why is there no reward for being really good at such a valuable job, especially during extraordinary times?

To be clear, I don’t begrudge anyone for organizing their labor; my parents were part of a Marxist far-left cult that did undercover labor organizing in Hammond and Gary, Indiana in the early ‘70s. The right to organize as labor remains a value for me; too many people died to win these rights to ever abandon them, especially not when they're under active attack throughout the country.

Still, we can believe as progressives in the inherent value of labor, the value of teaching in particular, and the inherent value of public education, while also being willing to explore and hold in our mind some complex nuances. (See: police unions.) And calling out nonsense when we see it. We can also check our party’s misogyny towards the moms who have been wrestling with these uncomfortable nuances, our reflexive dismissal of children and their needs, and have some real talk about what’s happening in our country right now. Our children are watching, and paying the price for the bullshit; and yes, they have rights, too.

Let’s collectively step into this moment and let go of the intellectual safety blankets.

*To learn more about the social justice implications of effective reading programs, check out this video, and stand with teachers trying to move to universal adoption of effective curricula in your school district.