Recent Books+ I’ve Clutched In My Hands With Joy: December 2020

My list is small this month. I'm not sure where the time went, but here we are already, cautiously tiptoeing into 2021, terrified to wake it up and discover it's just 2020's meaner older sister. I didn't mean for this to happen, but it turns out the theme to this list is monsters, seen and unseen. Happy new year. 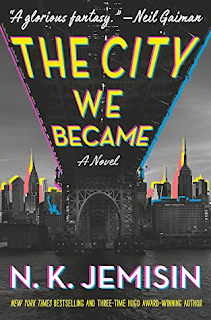 The City We Became by N.K. Jemisin

This book is wild. I have no idea if it's any fun for people who haven't called themselves New Yorkers at some point in their lives, but I enjoyed the h*ll out of a world where each borough and the city as a whole were embodied by people. New York City is in the process of being born, but must fight off inter-dimensional opponents that want it dead. Yes, it's a story about gentrification and Black and brown New Yorkers trying to live and love undisturbed by literal encroaching whiteness. Jemisin's approach to weaving this sadly familiar story line, though, is unusually imaginative. How do you defeat a hostile city from another dimension? Pour the toxic sludge of the Gowanus on it, rhyme it into paralysis and, you know, if you're Manhattan, try a substantial payoff. Will book two involve a preschool admissions scandal? 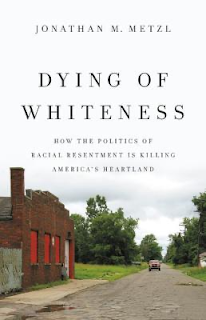 Dying of Whiteness: How the Politics of Racial Resentment Is Killing America's Heartland by Jonathan Metzl

I don't know how else to put it, so I'll just say it: this book made me angry. That might sound strange, because Metzl's sociological research into the disturbing ways that people are literally dying for/of whiteness in the midwest and south is sound--and deeply important to understand and discuss right now. Metzl uses a public health lens to study the extraordinary rise in gun suicides by white men in U.S., sick white men who would rather die from lack of health insurance than support Obamacare in Tennessee and white Kansas parents who let their kids' futures deteriorate in the name of lock-step support of abolishing taxes. These are all important research findings that can help us understand why our country is in such a fragile state right now. However, I so badly wanted Metzl not to have tried to write this book himself. It's clear that he is writing from a place of strong identification with and love for the people in the communities he studies, and that his desire to believe that these cultures can and must be saved obscures the harder lessons from his actual research. The book needed considerable editing, and a clearer eyed look at the data from someone whose own maleness and whiteness didn't bias his conclusions; yet more himpathy is not going to save us. I kept it on my list, though, because this research absolutely needs more attention. 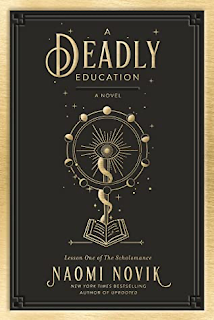 A Deadly Education by Naomi Novik

It makes absolute sense to me that this book came out in 2020. It's a rollicking story about a school for teen wizards, where the kids are never safe. There are monsters working at every moment and turn to try to kill the kids, and the odds out of getting out of the school alive are not great; there are no adults in the school, or on hand to save them. So, yeah, 2020, or maybe just the precarious future stretching ahead for our youth. The main character is a loner with a gift for apocalyptic destruction, who has to make some friendships in order to better everyone's chances at survival. There's been some rightful criticism about a few racist characterizations in the book; Novik has since apologized, and the main item will be excised from future editions. So, read critically, as always. The passionate discussions that readers have about YA is one of the things I love most about the genre, and this is a fun story that feels absolutely of the moment, and thus worthy of lots of ALL CAPS reviews of wildly varying stars. 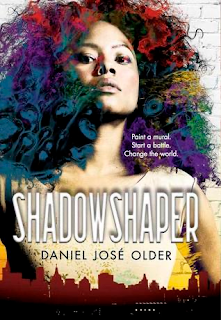 This is a soft book. I don't mean that in a negative way whatsoever; this is a quick-paced read with distinctive characters and a great setting. I just mean that the main character's journey into her power to shape the spirits of the dead is a gentle one. There's fighting and reanimated corpses, but Sierra is ultimately someone who comes into her own through love and confidence, not violence. She's an artistic teen living with her extended family in gentrifying Brooklyn. A white academic has tried to take over her culture's magic, prompting her neighborhood's art to begin to literally fade. It reminded me of a moment in this podcast episode by Black History Year, where Dr. Cokley talks about how African versus European cultures view spirits. Older does a beautiful job of describing a much richer world than can be seen by the eyes we've been taught to use. 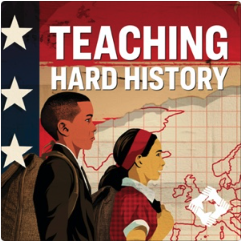 Oh my, this is an amazing resource. As part of SPLC's Teaching Tolerance program, the organization has produced a treasure chest of podcasts delving into both the history of slavery in the U.S., as well as how to teach it in classrooms of varying ages. I am no teacher (thank god), so I'm skipping the episodes that get into the pedagogy and instead learning a ton from the ones on the actual history. Of course, these narratives are just as much about history as our current reality, and the episodes on Indigenous Slavery in particular make it clear that thinking about slavery as something that we ended with the Emancipation Proclamation in 1862 and not something that continues to evolve and adapt to this day, is a grave mistake. This resource should be on the lips, the teeth and the tip of the tongue of every school district leader in the country. 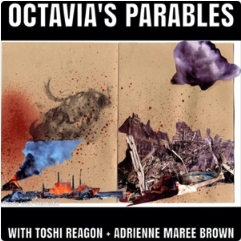 A friend recommended this podcast to me (thanks, C!), and I'm glad. Reagon and Brown are huge fans of Octavia E. Butler's Parable of the Sower/Talent, and spend each episode going deep into a chapter of the books and talking about how it relates to life today. I listened to the first few podcasts back to back, which I think was a mistake. These episodes feel more like practices in meditation, and thus deserve to be savored and reflected on for long hours after the closing music. God is change. All that you change, changes you. 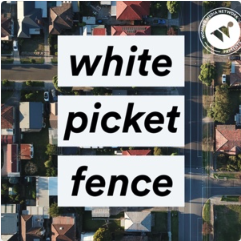 If you are a white woman, like me, you've probably been thinking a lot more as of late about the white part of that phrase after long years of focusing on the woman part alone. Kohler's podcast is an attempt to dissect some of the history of how we've become who we are, which to recap, is a massive group of people who mostly voted once again for Trump. I appreciated the history and some of the stories, though I wish she hadn't felt so compelled to tie everything up with a hopeful bow at the end. The majority of her podcast is far more nuanced, and I hope in future seasons, she'll go deeper into even more of the history as well as the path forward for white woman activism in different types of communities that doesn't lean on platitudes. 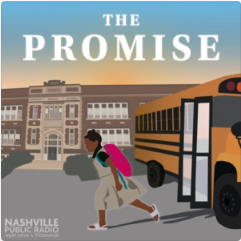 The Promise by Nashville Public Radio

If you enjoyed Nice White Parents or School Colors, you'll want to binge The Promise. It's the same basic story about the actions white parents do or do not take that result in schools more racially segregated than ever, but this time told about a liberal Nashville neighborhood. The podcast feels less incisive than its Brooklyn predecessors, but it's still a story that bears repeating over and over, until we decide to change. That said, these stories also increasingly feel like a relatively cozy problem of yesteryear given everything this pandemic is now doing to exacerbate the issue even more. Our public schools are in so much trouble.

Recent Books+ I've Clutched In My Hands With Joy: November 2020