Recent Books+ I've Clutched In My Hands With Joy: May 2021

The COVID-19 pandemic has been winding down in San Francisco, quickly and definitively, and my reading habits have felt as in flux as the daily rhythm on the sidewalk. It turns out, when you can actively plan for the future again instead of living in suspended animation, it opens up space for nonfiction and the concrete questions of life. It also makes it harder to finish books that disappoint. 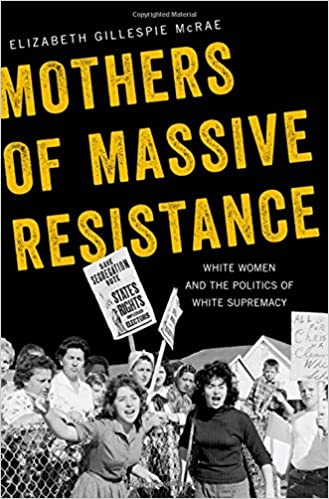 Mothers of Massive Resistance: White Women and the Politics of White Supremacy by Elizabeth Gillespie McRae

I first heard about this book through this episode of the always excellent Integrated Schools podcast, and have wanted to read it for a while. I finally downloaded the audio book a few weeks ago and listened to it while I worked on puzzles at night, which was like cheese and crackers for me. McRae's premise is that just as the master narrative about the civil rights movement leaves out how much the movement was actually driven by a wide variety of unsung actors over a longer period of time and not just MLK, Jr., its counter, the segregationist movement, was not just Bull Connor and his fire hose nor a reluctant Eisenhower. Rather, the cultural dissemination, reproduction and daily enforcement of segregation was heavily the work of white women. White women teachers who reported students who appeared to have "non-white features" so they could be kicked out of the school, white women midwives who chose a baby's race on official forms and white mothers who actively organized to protest school busing, etc. White women did the tedious but necessary work of spreading and hardening white supremacy into everyday life; the stories in this book will make you gasp and cringe with their utter familiarity.

Indeed, at some point during my listening of the book, my husband came into the room and said, "what time period is she talking about?" I told him and he shook his head in wonder because the history being covered in the book is still the same dynamics and literal phrases currently driving our national politics today. And no, this isn't a book just about southern segregationists. One of the things McRae does especially well is show the way that white moderate women--feminists, at times--in both the south and north have been equally complicit in the continuation of everyday white supremacy throughout the country.

This book is such a necessary piece of scholarship as we grapple with where we each operate/work against within the Venn diagrams of personal racism and structural racism. What can we do as white women to stop being the constant gardeners of white supremacy? It's a big question that we all have to ask. From a scholarship perspective, though, the years 2020 and 2021 and the fear rhetoric and public tears used to shut Black and Brown student bodies out of public schools by majority white women teachers unions will absolutely need to be added to this book in future editions. Just saying. 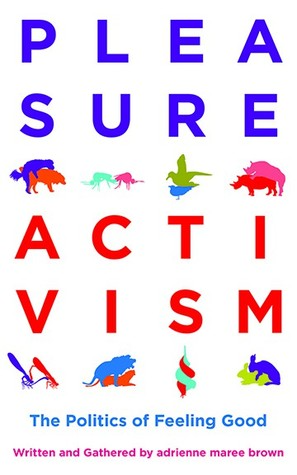 I've been listening to brown's Octavia's Parables podcast and How to Survive the End of the World podcast for a while now, and so I've often wondered what brown means when she calls herself a Pleasure Activist. No, apparently it's not all about sex. Rather, "pleasure activism is learning from what pleases us about how to make justice and liberation the most pleasurable experiences we can have." This is, of course, a straightforward statement that has a lot to pick apart, both from an individual and collective perspective. After all, as someone who has worked in professional issue advocacy for decades, I would not say that I have ever found it pleasurable. Necessary, but rarely pleasurable. So I wanted to find the secret sauce in this collection of essays, conversations and poems. Have I? Not yet.

What I did find, however, is a healing journey of a book about our relationships with our bodies, with sexual pleasure and with how these things inform the values and ways of being we bring into the world. I didn't love every piece in here--I couldn't get into the drug section, for example--but brown's superpower is leading people to gently ask the big, unexamined and deeply personal questions that have convinced us that we are not worthy of enjoying life. Dare we? 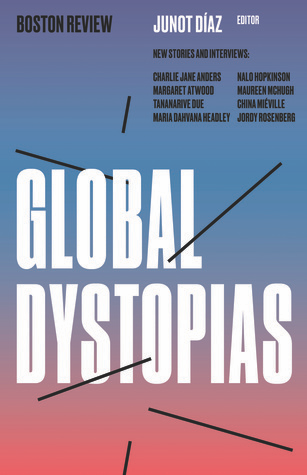 This book is a collection of short stories edited by Junot Díaz that speak in some way to fantastical global dystopias. The stories are all over the place in content and form, and some I opted not to complete. However, there are also some real stunners in here, including Maria Dahvana Headley’s “Memoirs of an Imaginary Country,” which weaves together colonization of country and women's bodies in an utterly imaginative way. In fact, her story is the main reason that I'm including this book here at all; it's good, folks. 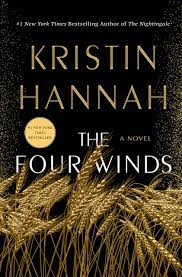 The Four Winds by Kristin Hannah

Okay, so I'm also only including this book because of its graphic but fascinating description of the dust storms and drought in Texas during the Great Depression. The rest of the story was, unfortunately, formulaic and lacking genuine emotion (though certainly not terrible), but the setting descriptions of the way the land attacked its residents was absolutely riveting, especially to this Californian who remains scarred by last fall's wildfire season. Macabre? Maybe. But best to know these things, I think. The planet is not exactly going quietly into unchecked global warming, and book tastes are bound to follow.

Recent Books+ I've Clutched In My Hands With Joy: March 2021