The months have been slippery since I published my last book list. I spent them slogging through some wonderfully bad books, enjoying long-deferred alone time, working a new job, tracking panic and dreading the upcoming fire season. So I guess my theme is punctuated pleasure within the context of terror, alternating with unwieldy new emotions within the context of joy. Got it? 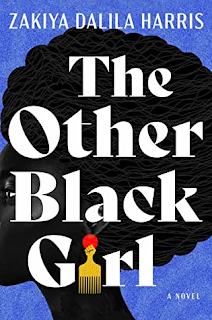 The Other Black Girl by Zakiya Delilah Harris

This is an upmarket horror novel that revolves around hair product, set at a literary agency. Aka, it’s damn fun. Nella is the sole Black person working in a professional capacity at a literary agency, tired of swallowing micro aggressions, macro aggressions and thwarted promises. Enter another Black woman on the floor, in a peer role. Nella is initially thrilled to have someone who she can be real with, but things quickly get murky, and then downright terrifying, with lots of hair talk along the way. Harris has blended together a variety of genres to create an enormously entertaining and darkly funny novel that I stayed up late reading when I needed to sleep. This book is screaming to be made into a movie. But you know, read the book, too. 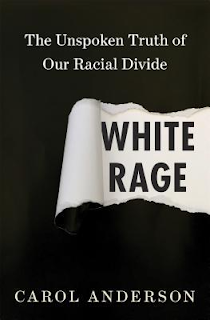 White Rage: The Unspoken Truth of Our Racial Divide by Carol Anderson

White Rage was another book that was hard to put down. Anderson flips the script on the American history most of us have been taught in school, and the myth of the angry Black person, to look at the way White people have actively resisted every opportunity Black people have fought for and gained since emancipation. I have studied American history up, down and sideways over the years, but I still had no idea that White officials used legal perversions, force and more to prevent Black people from getting on trains during the Great Migration, among other hard truths. This uncomfortable and violent history is exactly what so many legislators and White parents are fighting to silence in our kids’ schools. Which, of course, is just history repeating itself because … we still don’t know our history. 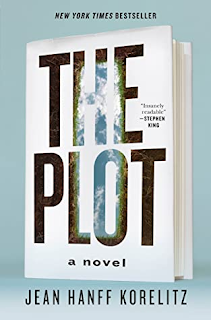 The Plot by Jean Hanff Korelitz

The Plot is cheeky. The story is about Jacob, a has-been writer who takes over the unrealized novel plot of a former student after that student dies, ends up with a blockbuster and is then consumed with fear of being discovered. He is, of course, discovered, by an Internet troll, and begins a journey down a dark but charming path of self-ruin full of trips to ailing small town America. The plot the writer appropriates is, indeed, riveting, and it’s fun to note all the literary clues along the way (that the main character manages to miss). As many have noted, it’s a geek-y novel for people who want to geek out; but if this isn't you either, it's also straight up fun if you get absolutely none of the references and clues. 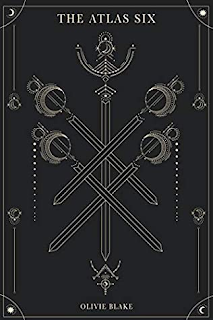 The Atlas Six by Olivie Blake

The Atlas Six could use some deep editing, but has such a great concept that it worked for me anyways. Six people with magical abilities are chosen by the elite Alexandrian Society to vie for entry over the course of a year, but only five survive. Catchy, right? We get a mind reader, time manipulator, physical magicians, raw power and emotional manipulator all living together in a magical building, in a Survivor-like set up. The magic Blake evokes is one of the more interesting parts of the story; this ain’t Harry Potter. What genre is this book, though? It’s kind of all over the place … maybe new adult fantasy? Is that a thing? IDK. What I can say is that it’s messy, but the hook will keep you going. 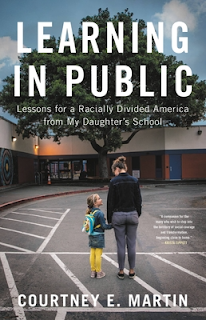 Learning in Public: Lessons for a Racially Divided America from My Daughter’s School by Courtney E. Martin

I suspect that a year ago, I would have nodded along to this book like religion. Martin has essentially distilled the excellent Integrated Schools podcast into book form, welcoming us into her decision making process and experience as a White mom sending her White daughter to a global majority school in Oakland; the good, the messy and the uncomfortable. It should be an easy book to fully embrace.

However, I have to wonder how different her take aways would be if she had waited a few more years to write her story. As I suspect Martin would herself agree, you know very little about an individual school or a school district after a year of transitional kindergarten and kindergarten. For this reason, perhaps, it was hard not to notice that the book side stepped how Martin could have been helpful in addressing real issues in her school and district and instead focused at length on a long ponder of whether her Black neighbors/classmates actually liked her. Is this the point of enrolling in a global majority school for White people? To have an Experience? I say this as someone who has had that Experience (and loved it) and who has enrolled her kids in a couple of global majority schools (it’s complicated).

Or, should Martin have spent less time wondering about whether or not her Black neighbor found her annoying, and used her power as the chair of the School Site Council to dig into why the school was failing to teach a significant portion of kids how to read by third grade? Sure, the initiative was raised by a White mom who is easy to hate, but there’s a reason that there’s a whole NAACP+ initiative in Oakland right now around early literacy. Unfortunately, Martin writes off the science and evidence behind this entire effort in a glib paragraph or two in favor of regurgitating tired party lines that have failed to serve kids, decade after decade; it’s hard not to see that as her attempt to avoid conflict that might disrupt her Experience. And her dominant desire to, above all else, set herself apart from that other kind of White mom; the mom with heels.

So, yes, again, I fully support the general intent behind Martin’s premise and much of the argument of the book: integrated schools are critical to a functioning democracy. That said, in doing this project, did Martin and her family consume Black culture but shy away from raising hard issues that would have made other kids’ education better. Or, did she live in partnership and do her part to make the school meaningfully better for every kid and not center her Experience? I suspect she’ll be able to answer that question more fully in a few years, since again, you don’t know much when your kid is in kindergarten, no matter how thoughtful you are. This interview on the Integrated Schools podcast, and particularly the perspectives of her daughter’s former transitional kindergarten teacher, point very strongly in this direction.

Recent Books+ I've Clutched In My Hands With Joy: May 2021