The books that have been hitting the market over the last year tend to have the depressive sap of the darkest pandemic times coating their pages. I'm not ready to retouch that poison, so I've been gravitating to books and other media that either dive beautifully into one specific feeling or explore complex history. 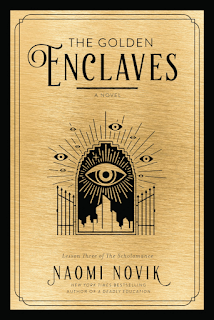 The Golden Enclaves is the final book in the addictive Scholomance series and proves once again that Novik is a master storyteller. El has destroyed the Scholomance--the deadly school for the magically gifted--and is forced into an emergency tour of the world's gated compounds for the magical elite. Though the highlight and foundation of the book remain the magnetic characters, we also finally get to see the Golden Enclaves that Novik built into tantalizing rewards in books one and two and unearth the full rot underneath the shine (and yes, go back to the Scholomance, which is not quite destroyed). The Golden Enclaves narrowly averts reading as a parable about capitalism or climate change, thankfully. Not that Novik makes El's final choices easy. The ending, in true Novik form, is a masterclass in beautiful, complex endings that unwind something in your heart. 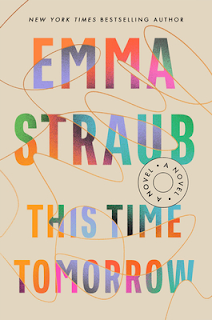 This Time Tomorrow by Emma Straub

Straub's story is a step into a cloud of wistful mist. The story itself, which is about a woman drifting along in her life who finds a portal that takes her back to the day of her 16th birthday, is quiet and lovingly detailed. If you are nostalgic about your teenage years or, more specifically, your teenage years on the Upper West Side of Manhattan in the '90s, you will feel seen. But the overall experience of the book is a step into the transitory mist of change, wistfulness, and gentle loss. It's a quiet love note to the periods of our lives when we wonder hardest whether we made the right choices along the way, and a love note to saying goodbye to a close parent. It's refreshing to dive so completely into a foggy feeling when the world has been so hot and sharp. 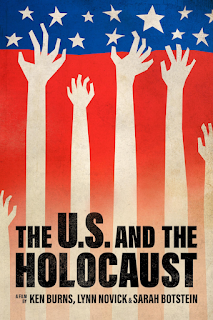 This is not an easy watch. It's not supposed to be, of course, and it's still important to watch. Burns and team set out to explore a facet of the Holocaust that has not had much attention: how the U.S. responded (or didn't) to the rising threat, and then reality, of genocide in Europe. There've certainly been many movies and documentaries about our military and cultural experience of World War II. This is what's taught in schools. But we don't tend to discuss the choices our country made leading up to the Holocaust and during the war when it came specifically to trying to end the murder of millions of Jews.

The directing team uses an incredible array of videos, interviews, and photos from the era to weave together a complex and simultaneously empathetic and devastating history of the times. I was especially struck by the ubiquitous trophy photos of German soldiers--commemorative photos and videos they took while they murdered Jewish people--so similar to the smiling group photos at U.S. lynchings of Black people. That's only one place where our country's horrific sins parallel and tangle with the story of the Holocaust. The directing team is exceptionally careful to position this hard history within a larger message that doesn't do too much to upset people's faith in the American narrative; they want us to believe that we have been and can be a force for good in this world. (It is no doubt for this reason that the directing team skips the potential comparison to the deliberate "removal" of Native Americans from the American continent in the first 250 or so years of our country.)

Why now? Why watch this now? Unfortunately, the memory of this history is already fading and our republic is increasingly fragile. It's perfectly reasonable to be worried about rising fascism at home and around the world, and what this will mean for the rights and safety of huge numbers of people. Our votes and institutional checks and balances matter. At the same time, those of us who imagine ourselves as anti-fascists also could use some time learning more about this history. What we are doing now to fight creeping authoritarianism is, in many cases, imagining ourselves as better authorities. This is not the path of anti-fascism. In fact, we will hasten our country's demise, and worse, if we continue to run in this direction. The path of resistance is not imposing our will. It's questioning all authority and being humans who are living fully human lives--messy and without political team borders--among other humans even when it's uncomfortable. We can't curate a free world; we only realize freedom by living the deepest expressions of our humanity. 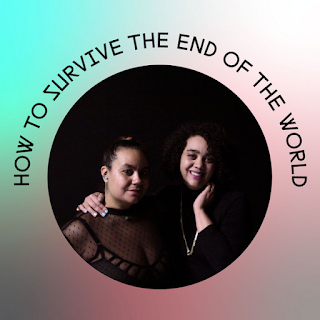 Podcast: How to Survive the End of World by the Brown sisters

I've listened to How to Survive the End of the World on and off for a couple years. It's a wide-ranging show that seems to reflect whatever is top of mind for the Brown sisters. I'm glad that right now, that's love. Autumn and Adrienne have put out a new season that explores the many different kinds of love, and it feels perfect for the moment. Yes, I say this in part because I'm doing marriage therapy and thinking a lot about what married love means and doesn't. But there's also a feeling in the air right now of a collective hunger for connection. Americans want to reconnect with all the people and parts of the world that they lost for two years; we're rediscovering so many kinds of love and questioning others. Listen to this series if you're trying to wrap your head around how to relate to your job, your friends, and yourself. It's not answers, but it is food for thought. 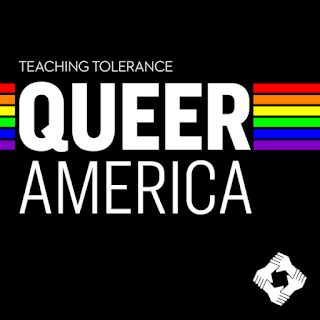 Queer America is a newish podcast series from the people who made the Teaching Hard History podcast series about parts of Black history in the U.S. It's not as well done as Teaching Hard History, but it's a good start to a missing piece of our country's story. Americans are increasingly confused about sexual identity and gender, and the national conversation is less conversation and more slogan wars. I suppose this is better than no conversation, but it would sure be nice if we were collectively willing to talk openly and fearlessly about a complex topic that lives with and in us every day, and can have enormous implications for our children. Learning some of the history is helping me ground my own thoughts on the topics, and helps me parent a child who is also endlessly curious about how to be fully themselves. 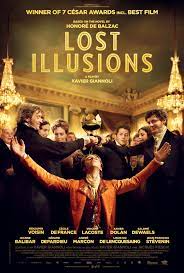 This movie could have come out at any time and been a resonant, dark coming-of-age portrait. It's Balzac's story of a young poet from the provinces who tries to make a name for himself in a darkly corrupt Paris--ah, youth. The film is lush and beautifully presented. But the reason the movie stuck with me and I'm including it here is the particular world-building of the incestuous and self-defeating web of media, politics, and money. While I've never trusted much journalism thanks to too many years of seeing biased reporting of the problem I was throwing myself into solving in the world, I also have the increasing sense that the people behind the ink no longer care to hold people in power accountable, and don't even see that as their job anymore. It's instead rote theater and press releases. Will a new generation of true investigative reporters emerge again? Is it even structurally possible anymore? Or do we all end up sinking into a provincial pond in despair? Ah, youth.