I haven’t read as much as I wanted these past few months. If 2022 was the year of personal earthquakes, the end of the year was absolutely on brand. But what I did read and watch continues to stick in my head. 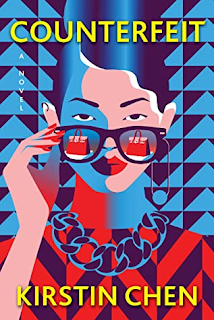 This is fun. Slightly dark, all fun. Ava is a successful lawyer and new mom who has followed the rules all her life but is now fraying at the edges. When an old college friend appears in a seeming stroke of perfect timing, Ava fumbles her way into her orbit and well, well off the normal path—onto a plane to China, and into a life of fencing counterfeit purses. The book is a fresh take on the American success story, true friendship, and self-discovery. It’s by no means triumphant, but it will make you cackle. 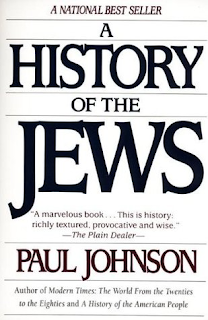 A History of the Jews by Paul Johnson

I wrote in my last Books+ post about PBS’ new document, The U.S. and the Holocaust. The documentary was an education in and of itself, but it also made me realize that, despite having grown up around a fair amount of Jewish culture and marrying a (technically, if not practicing) Jewish man, I knew nothing about the history of Judaism or Jewish people in general. Perhaps for that reason, I have never been able to wrap my head around anti-semitism. It just doesn’t compute, and I’ve always wished I understood its roots better.

So, I did a quick search and found Johnson’s tome. Now, there may be far better books to learn the history of Jewishness, and I’d like to figure out what they might be, but I nonetheless appreciate that Johnson was willing to write such an audacious book. The scope! The story more or less parallels the Old Testament at the beginning and ends in the 1980s, when Johnson penned the thing—and still manages to be a page-turner. No, really.

One of the main argument threads through Johnson’s narrative is the incredible and often unseen impact Jewish people and religious thinking has had in developing and/or shaping the biggest intellectual and cultural innovations of Europe and the United States, from music to political philosophy. (He calls Jews the first Europeans and there is so much tragedy wrapped up in that claim.) I took European History in high school and studied American History in college and learned perhaps none of these connections, which now feels shocking. Yet, as I watch people war with each other on the Internet about the soul of, say, socialism, it feels utterly plausible that its deepest roots are religious, as Johnson claims. This is why I love reading history. 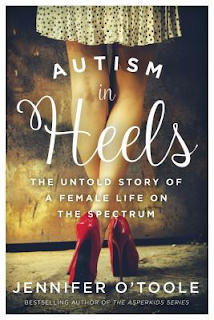 Autism in Heels: The Untold Story of a Female Life on the Spectrum by Jennifer Cook O'Toole

One of the personal earthquakes that rattled the end of the year for me was the realization that someone very close to me (in fact, perhaps two people) is undiagnosed but almost certainly on the spectrum. I’m going to be careful not to talk about this person much here out of respect for their privacy. What I will say is that finally seeing this loved one more clearly has been a tremendous relief. I have gone from holding a lot of anger and hurt about our relationship to understanding all of our interactions in a new, no longer angry light; I can’t stress enough what a relief it’s been. I also have a new appreciation for how impossibly hard this person has worked all their life. Absolute earthquake.

Autism in Heels starts slowly but eventually does shed light on how women and girls experience Autism. Relatively few girls are diagnosed with Autism now, and almost no girls or women were diagnosed if they were born in the 1990s or before. I now think about all those women who have spent their lives feeling wrong, and what this self-knowledge could have meant for their lives. I hope we see more books that shed light on what this has meant. A good friend of one of my children was also recently diagnosed, and all I can think is that I am so happy that she has this information now. 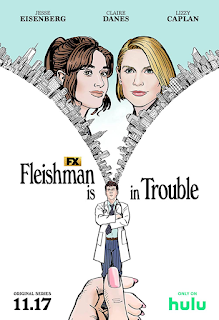 Fleishman is in Trouble, on Hulu

Hulu has adapted Taffy Brodesser-Akner’s novel of the same name, and it’s almost as wonderful as the book. The story is about a newly divorced Toby Fleishman and what he does when his ex-wife goes missing, leaving him alone with their kids. What both the book and TV show do beautifully is gradually turn seemingly clear facts on their head and embracing uncomfortable nuance. Toby’s story is not what it seems.

The Libby character on the show didn’t gel for me, but whatever. This is still some of the best TV you’re going to see all year. Give Claire Danes all the awards. 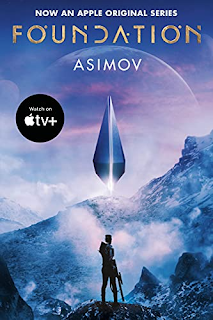 I read Asimov’s Foundation series when I was a kid and while I remember a few things about it—people build a library of all knowledge and characters rise to power by developing followers on the equivalent of the Internet (wonderfully prescient)—mostly what I remember is the very end, when the last human stands alone on a planet and watches themselves become obsolete. That scene made an enormous impression on me when I was little.

Apple TV’s adaption apparently strays from the books, but truly, who cares? The world-building is phenomenal, and the character development is also strong—a rare combination. The story is about a group of exiles trying to preserve and build the resources for humanity to survive a period of coming darkness. If you want to completely immerse yourself in an extraordinary series of worlds and watch a story that feels deeply relevant but not necessarily tragic, this is the show to stream.